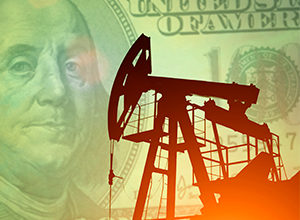 The quotations of the euro-dollar pair rose on Thursday and almost reached the resistance level of 1.1700 by the end of the trading session.

Yesterday, another meeting of the European Central Bank took place. The interest rate predictably remained unchanged, and the most attention of market participants was focused on Mario Draghi's press conference. Draghi said that the ECB lowered the forecast of economic growth of the Eurozone GDP in 2018 to 2% and in 2019 to 1.9%. Inflation forecasts for 2018-2020 remained unchanged at 1.7%. Recall that the ECB continues to reduce the policy of quantitative easing and, starting in October, will reduce the volume of purchases of securities to 15 billion euros per month. Draghi has previously said that if inflation in the Eurozone continues to decline, the decider could return to larger volumes. The impact of the meeting on the European currency exchange rate, as we expected, was minimal.

Much stronger on the euro-dollar exchange rate was influenced by the publication of data on inflation in the United States, the Consumer Price Index in August was unchanged, and the growth of basic inflation was only 0.1%, although it was expected to 0.2%.  As a result, the euro-dollar pair rose by 80 points and almost reached the resistance level of 1.1700.

The British currency rose against the US during the trading session of Thursday, the pound/dollar pair reached the mark of 1.3105 by the end of the day.

The dynamics of the British pound was similar yesterday to the dynamics of the euro. Both currencies did not react to the results of the meetings of national central banks and both strengthened against the dollar after the publication of data on inflation in the United States. During the meeting of the Bank of England, all members of the Monetary Policy Committee voted to keep the interest rate unchanged. In an accompanying statement, the regulator noted the increased risks of global economic growth amid the trade conflict between the US and China, and said that further rate hikes in the UK will be gradual and limited. At a traditional press conference, Bank of England Governor Mark Carney described the possible consequences of Brexit without an agreement with the Eubank. In his opinion, Brexit without an agreement could be as serious a blow to the economy as the financial crisis of 2008. Carney suggested that rising unemployment could reach double digits, with house prices could fall by 25%-30% within three years. Relations with the EU, which is the UK's main trading partner, will be significantly damaged. Britain's Brexit Secretary Dominic Raab said yesterday that official London would not pay the bill for leaving the European Union in the amount of 39 billion pounds if the deal is not concluded. Thus, instead of the previous partnership in various fields, it is possible that the parties will come as a result to the state of the Cold War, which will significantly affect the growth of both economies.

Gold prices fell slightly on Thursday and reached the mark of 1202 dollars per troy ounce by the end of the trading session.

The price of gold remains above the key level of 1200 dollars per troy ounce, primarily due to the trade conflict between the United States and China, as well as concerns about the fall of emerging markets. Yesterday, the U.S. administration invited Chinese officials to resume trade talks. The time and place of the proposed meeting is not yet known. Earlier, the United States and China held talks on August 22 and 23, which, however, did not lead to any positive result. The situation is still the most tense, as last week U.S. President Donald Trump said that he is ready to impose duties on almost all goods imported from China to America and to impose additional tariffs of 267 billion dollars. China immediately promised to retaliate.

Until there are more clear signals about the development of the trade conflict between the U.S. and China, gold will consolidate around the level of 1200 dollars. The price increase will be limited by expectations of an interest rate increase in the United States, the first of which is due to take place this week.

In our forecast for today we expect a further decline in gold quotations to support levels of 1200, 1198 and 1195 dollars per ounce.

Oil prices have fallen as fears of Hurricane Florence, whose strength has not been so devastating, have been reduced. In addition, a report by the International Energy Agency was published, according to which the volume of daily oil production in OPEC in August increased by 420,000 barrels per day to 32.63 million barrels. This increase in production offsets the current decline in oil exports from Iran due to the approaching U.S. sanctions. The world oil supply reached a record level of 100 million barrels per day, which put pressure on the quotations.
OPEC production growth for the month was the strongest in two years. The most active production of raw materials grew in August in Libya, Iraq, Nigeria and Saudi Arabia. The greatest level of decline was shown by Venezuela, where the economic crisis continues, directly affecting oil production and exports.
Data from the International Energy Agency also supported the OPEC report released on Wednesday, and the report also said that the group's members had increased total production.

In our forecast for today we expect a further decline in THE quotations of WTI crude oil to the support levels of 68.60, 68.40 and 68.20 dollars per barrel.

Cryptocurrency assets continued to recover on Thursday. Bitcoin strengthened to $6,500 and ethereum rose to $220.

According to some experts, the price of bitcoin has passed its bottom point and further dynamics will be upward. The bitcoin market reached the point where it was in mid-November last year just before the price rose to $20,000,000. On Wednesday, the total capitalization of cryptocurrencies fell to the lowest point this year, but the next day the market showed a noticeable recovery – capitalization rose above 200 billion, and the most noticeable growth at the same time showed the second-largest cryptocurrency ethereum, which rose in price by more than 18% and returned to the mark above 200 dollars. In addition to ethereum, the leader in growth among the top cryptocurrencies was Monero, which recovered by about 17%.

Morgan Stanley, one of the world's largest investment banks, intends to give its clients access to complex derivatives tied to bitcoin. We are talking about the issue of contracts that allow investors to get indirect access to bitcoin: in particular, they will be able to open long and short positions on so-called swaps for total income. The Bank is already technically ready to offer this service, which will be launched after its representatives are convinced of the availability of demand from institutional investors, as well as after the completion of the internal process of implementing the necessary instruments. Wall Street's largest banks also plan to offer sophisticated derivatives tied to digital assets, even if the cryptocurrency's market value falls. For example, Goldman Sachs Group and Citigroup are also preparing new products tied to bitcoin.