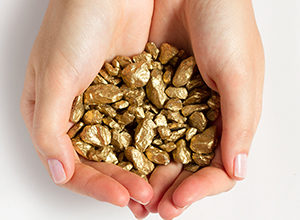 In trading earlier in the week, the euro/dollar pair showed growth to resistance levels with a slight pullback and a strong support level of 1.1580 towards the end of the trading sessions.

The currency pair was affected by the press release of the U.S. Department of Commerce, which was released on Monday, according to which the volume of retail sales in the U.S. market grew by 0.1% at the end of September, which is much lower than previously forecasted growth of this indicator 0.7%. The level of retail sales is one of the key indicators of the growth rate of the U.S. economy, so the market reacted to the news with a downtrend for the dollar.

The benchmark retail sales index, which became known on the same day, also does not bode well for the US currency – the volume of retail sales in the United States for the past month decreased by 0.1%, although the forecast was much more optimistic – their growth was expected by 0.4%. In today's trading, the dollar is unlikely to go up, because on Wednesday, October 17, the monthly publication of the minutes of the meeting of the Federal Open Market Committee of the United States, on the basis of which currency traders will be able to predict the future interest rate changes. The active sale of government bonds on the US stock market has ended, and therefore this factor will no longer affect the exchange rate of the dollar.

The absence of sharp volatility of the pair is due to the rather weak position of the pan-European currency, the rate of which continues to be held mainly due to the efforts of the European Central Bank. The final draft budget of Italy is expected to be submitted to the European Commission, which will have an impact on the dynamics of the euro.

The release of the German Economic Sentiment Index, which characterizes the conditions for business and the mood of institutional investors, is also planned for today. October releases in Germany were not too impressive, and experts suggest that they may negatively affect the report on the sentiment of 350 major German investors, and as a result – on the euro exchange rate.

Despite this, we expect that the euro will continue to strengthen, the projected resistance levels for today's trading – 1.1650, 1.1680 and 1.1700, however, a short pullback is possible by the end of the day.

On Monday, sterling showed a decline against the dollar, by the end of the day the pair was in the area of support level 1.3150.

The depreciation of the British currency is primarily due to the contradictory and negative news regarding Brexit. Jeremy Hunt, who heads the UK Foreign Office, said he had no confidence that an agreement with the European Union on future trade relations and the customs union would be reached this week.

European Union President Donald Tusk also agreed with him, saying on Monday night that a no agreement was more likely than ever. The key issue remains Ireland's status. Thus, Germany, which is listened to by all EU members, insists on the immediate settlement of the status of the Irish border in favor of the inclusion of only the territory of Northern Ireland in the common market, which is strongly disagreed with in London.

Against the background of news about Brexit, macroeconomic indicators have only an indirect impact – so, even the GDP report published last week almost did not change the trend in the market. Today will be the announcement of the data on employment in the UK, suggesting positive news – predicted to reduce the number of applications to 4.5 thousand and unemployment at the level of 4%, however, even they are unlikely to have any significant impact on the relationship within the currency pair, as the views of all traders and investors are riveted to Brexit.

On Tuesday, the flat is likely at the level of support, which closed the trades, as by their completion as a whole there was a consolidation of the value of the pound, followed by the ascent to the resistance levels of 1.3225, 1.3240, 1.3260.

Gold continued to rise on Monday, strengthened by another 1% and stabilized at $1,230 per troy ounce, thus reaching a 2.5-month high.

So far, there is uncertainty as to how much volume of gold the market has for sale. The fact that last week the growth of gold quotations was recorded for one trading session, and their gradual growth during the day suggests that it was not a single big deal – just all the contracts put up for sale were bought up. Monday also showed demand for gold, but whether the supply will be able to maintain the current scale – will be seen in today's trading.

In addition, interest in gold was caused by the sell-off of shares, which fell on Monday, which is also able to slow down the growth demonstrated by the asset. However, it is safe to say that gold has broken away from the bottom level and the signal to buy is very obvious, especially given the weak dollar.

Also on Monday, there were news regarding the U.S. budget deficit for the last fiscal year ended September 30, which were published in a statement by U.S. Treasury Secretary Steven Mnuchin and the chief executive White House Office of Management and Budget Mick Mulvaney. Thus, the budget deficit was a record for the last 6 years and amounted to 779 billion dollars. Fears about further growth of the budget deficit will have a positive impact on the price of gold already in the short-term dynamics.

There is a high probability of continuation of the medium-term uptrend on gold, it is possible to test resistance levels of 1240, 1242 and 1245 dollars per ounce of metal.

The price of U.S. oil WTI continued to rise on Monday, October 15, and was traded around the mark of $71.80 per barrel during the entire European session.

The further growth of oil quotations will be affected by the events related to the disappearance of Saudi journalist Jamal Khashukji after his visit to the Saudi Consulate General in Istanbul. Since U.S. senators have already initiated the issue of putting sanctions against Saudi Arabia on the agenda for human rights violations, Countermeasures may follow from Riyadh in the form of an end to oil exports. As a result, it is possible to reduce the supply of oil in the market, and therefore investors will seek to increase its reserves, which has already demonstrated the growth of oil prices during the Asian session on Monday.

In addition, the U.S. Special Representative for Iran Brian Hook said that the U.S. intends to reduce the export of Iranian oil to zero, as the energy market is currently stable, and called on all importers to reduce purchases from Iran. Given that the revision of sanctions is scheduled for November 4, the market can react to such statements by stepping up oil purchases.

We should not forget about the midterm elections in the United States as a long-playing factor in the rise in oil prices.

In our forecast today, we expect the continuation of the uptrend and the growth of WTI crude oil to resistance levels of 72.80, 73.25, 73.60 dollars per barrel.

The beginning of the week was marked by the strengthening of Bitcoin in Asian trading, even before the European trading session began. Cryptocurrency was trading at an average of $7,400 per unit (7,788 on Bitfinex, 6818 on Bitmex). Analysts attribute the sharp increase in its rate with the large-scale sales of the cryptocurrency Tether.

Investors began to get rid of Tether after false news about the delisting of USDT by the Binance Exchange and the bankruptcy of the tether bank, as well as reports of the suspension of the withdrawal of USDT by kuCoin exchange, which only temporarily stopped servicing the crypto wallet . After the situation cleared up and the market ceased to fever, there was an equally sharp rollback of the leading cryptocurrency to 6,396 dollars.

The XRP/USD pair was affected by the mass closure of long positions, which occurred on the wave of today's panic, accompanied by a rebound of quotations.

Perhaps, yesterday's sudden growth of Bitcoin somewhat activates and today's trading on the cryptocurrency market, because yesterday was broken a number of resistance levels in very wide ranges, which contrasts with the flat of recent times. There is a high probability of trying to correct Bitcoin and test resistance levels at 6550, 6600 and 6700 dollars.