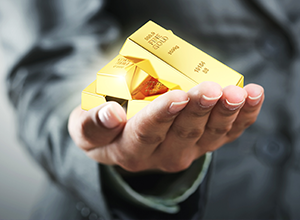 The euro/dollar pair fell slightly on Tuesday to 1.1583 by the end of the trading session.

The producer price index in the Eurozone rose in July and reached the level of 4.0% in annual terms, which was the highest value since July 2017. At the same time, inflation in the Eurozone fell once again in August. The basic consumer price index fell again to the level of 1.0%. Despite this, yesterday it was reported that finance ministers and representatives of the Central Banks of Europe will discuss this week at the meeting of the Eurogroup raising rates of the ECB next year. The European Central Bank has long pursued a policy of monetary stimulus, and even a small rate hike can lead to problems of some national governments and destabilization of the situation in the asset markets.

In our forecast for today we expect the growth of the euro/dollar quotations to the resistance level of 1.1600, after which we expect a reversal and decline to the marks of 1.1580 and 1.1550.

The British currency was practically unchanged yesterday in price against the U.S., the pound/dollar pair ended the trading session at 1.2857.

Bank of England Governor Mark Carney reiterated yesterday in a statement saying there was a high probability of the UK's non-deal with the Eu Union by March 2019. Carney suggested that a hard Brexit would put additional strong pressure on the pound.

Meanwhile, activity around the Brexit negotiations is beginning to grow. A spokesman for British Prime Minister Theresa May said yesterday that the government intends to make more contact with European heads of state, hoping to gain support in the crucial stage of negotiations. It is known that some European governments are ready to support the demands of Great Britain. One of the biggest unions in the UK has called for a referendum on the terms of Brexit. According to the representatives of the trade union, the conditions of leaving the EU are no less important than the very concept of independence and also deserves a referendum. The negative impact of inconclusive negotiations on the UK economy is too great, so an agreement must be reached as soon as possible.

The price of gold continued to decline on Tuesday and fell below the key level of 1200 dollars and reached the mark of 1193 dollars by the end of trading.

The short-term outlook for gold remains downward, the US dollar continues to strengthen against the background of expectations of an interest rate increase at the next meeting of the Fed. U.S. President Donald Trump has put forward another idea about the possible link of taxes on investment income to inflation. This idea reflects the growth of inflation expectations in the Us, which means a likely further increase in rates, according to the chosen rate of the Fed.

Meanwhile, investors continue to leave gold ETFs. The total number of long positions on gold continues to decline. Demand for gold is still low, as the US dollar to some extent replaces the interest of markets to safe assets.

The decline in quotations below the level of 1200 dollars per ounce means the completion of the corrective growth and the continuation of the downtrend. The price again fell below the two-hundred-day moving average and reached the lowest in the last two weeks. The main releases of the second half of the week will be data of the labor market in the United States. Given the fact that the indicators are likely to be strong, the price of gold will continue to decline to a multi-month low of $1,160 per ounce.

In our forecast for Wednesday we assume the development of the downtrend of gold and the decline in quotations to support levels of 1190, 1188 and 1185 dollars per troy ounce.

WTI crude oil prices rose sharply yesterday to the local high at $71.40 per barrel, after which they also fell rapidly to 69.43 dollars.

The high intraday volatility of oil is due to concerns about Hurricane Gordon in the United States, which could affect oil production in the Gulf of Mexico. Against the background of this news, WTI oil quotes reached their highest value for the last month and a half. But the worst fears were not confirmed, as the impact of the hurricane on production will be minimal, although the hurricane will hit the eastern part of the region. The price of oil has fallen sharply since the clarification.

The focus of the markets remains oil supplies from Iran against the background of the imposition of Us sanctions. Iranian exports are falling faster than expected, and the current forecast assumes a decline in the volume of supplies in September to 1.5 million barrels per day. Rising oil production by OPEC and its allies, including Russia, has helped keep oil prices stable, but market fears about supply cuts in November remain high.

According to Bloomberg, India in August reduced supplies from Iran by 36% to 488,000 barrels per day. Imports of Iranian oil account for almost 25% in India, so a complete refusal of supplies from Iran still seems problematic. The Indian authorities will discuss further alternative sources of raw materials at the meeting with the United States.

In our forecast for today we expect the growth of WTI crude oil quotations to resistance levels of 69.50, 69.70 and 70.00 dollars per barrel.

The cryptocurrency market was trading with low volatility on Tuesday. Bitcoin quotes remain at $7,350, and the price of ethereum has fallen to $285.

Bitcoin volatility is at one of the lowest values in the last 12 months, the weekly figure has reached annual lows of only 8.88%, while the weighted average indicator of volatility of the first cryptocurrency since the beginning of 2018 is about 20%. At the same time, the volatility of bitcoin is much lower than the price fluctuations of other crypto assets observed throughout the year and lower than at the end of 2017. For large institutional investors, this can be a good indicator, as low volatility is a sign that bitcoin and other cryptocurrencies are becoming stable enough to use them as currencies.

The American company IBM has started to develop a new payment system Blockchain World Wire based on the protocol Stellar. The finished product is scheduled to be available at the end of October. The World Wire system will give banks the opportunity to pay non-cash and calculate cross-border transactions within a few seconds. If the idea is successfully implemented, the new IBM and Stellar platform has the opportunity to become the main competitor of the SWIFT payment system and the xRapid Ripple transaction solution. IBM points out that the new Blockchain World Wire payment system will significantly simplify the process of payment transactions, reduce costs and increase efficiency.