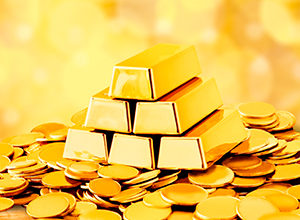 At yesterday's trading, the euro/dollar pair was characterized by high volatility, although at the end of trading the quotes stopped at the opening level of 1.1340. At the trading session, the pair tested the local resistance level of 1.1410, and then regressed to the original values.

The Council of Ministers of Economy and Finance of the Eurozone said on Monday that Italy should bring the 2019 budget in line with the EU's Stability and Growth Pact. Yesterday, a statement was issued after the Brussels meeting, which said that the Eurogroup supported the assessment of the European Commission, given on November 21, which noted the presence of a significant inconsistency of the draft budget of Italy July recommendations Council of the EU. Italian Prime Minister Giuseppe Conte almost immediately announced his intention to publish a budget proposal to avoid disciplinary proceedings by the EU. The market played a new round of fiscal confrontation with the decline of the euro/dollar pair.

European stock markets showed a decline due to the fading enthusiasm of investors about the emerging pause in the trade confrontation between the U.S. and China after the G20 summit. Thus, the decline of Stoxx Europe 600 was 0.76%, after an increase of 1% at the beginning of the week. The overall news agenda remains positive, but traders are asking about specific agreements between the U.S. and China. Donald Trump's statements about the exclusion of American cars from China's protectionist measures were not reflected in the joint declaration. The fall in stock indices coupled with uncertainty about the U.S.-China trade war puts pressure on the European currency and contributes to the growth of the dollar.

Today, the market's attention will be focused on the speech of the head of the European Central Bank Mario Draghi, which can give a positive impetus to the euro, if there is in it voiced expectations of economic growth in the Eurozone.

On Wednesday, we expect the continuation of high volatility within the euro/dollar pair with predominantly downward dynamics and testing of support levels of 1.1300, 1.1275 and 1.1240.

Yesterday, the pound was characterized by a downward trend against the dollar in the face of significant exchange rate fluctuations. Starting from 1.2795, by the end of the trading session the pair moved to the level of 1.2715.

The development of the downtrend was prompted by the news that the UK could unilaterally withdraw notification of withdrawal from the EU before the parties conclude the final agreement. The representative of the Court of Justice of the European Union informed about the existence of such a right in the official explanation of Article 50 of the Lisbon Treaty. Later, the British Cabinet of Ministers said that they do not intend to use this right, however, by that time traders have already played down a similar probability of selling the pound.

Speeches by U.S. Fed Vice Chairman Richard Clarida and Fed member John Williams earlier in the week led to a correctional decline in the dollar against the British currency. They said that inflation in the U.S. falls short of the target. Traders saw this as another signal of the possible easing of the Fed's monetary policy next year.

The speech of the head of the Bank of England Mark Carney on Tuesday did not give the market the expected signals regarding the vector of the monetary policy of the regulator in the conditions of Brexit, which contributed to the development of downward dynamics within the pair.

The index of business activity in the British construction sector, published on Tuesday, limited the downtrend of the pair due to the increase from the level of 53.2 in October to the level of 53.4 at the end of November, with the expected fall to 52.5.

From today's macroeconomic statistics it is worth paying attention to the British index of business activity in the service sector. Analysts forecast an increase in November from 52.2 to 52.5, which may provide additional support for the pound.

On Tuesday, the price of gold rose slightly and reached the resistance level of 1245 dollars per troy ounce.

The positive dynamics of gold is due to the fact that the achievement of trade agreements between the United States and China at the G20 summit contributed to the fall in the profitability of treasuries and the concomitant weakening of the US currency. In addition, the yield on 10-year government debt bonds, against the background of expectations of easing the Fed's policy to raise the key rate, fell below 3% and reached a three-month low. Only strong employment indicators and stable economic growth, as noted by Fed members in speeches this week, can continue the rate of the regulator to increase. Widespread loss of investor appetite for risk helped gold quotes to approach the high on October 26.

The spread of short- and long-term treasuries yields reached a decade low, raising market fears of the U.S. economic outlook as a whole. For example, the difference in yield between two-year bonds, which showed yesterday's gain to 2.817% by 1 basis point, and ten-year bonds, whose yield fell on Tuesday to 2.928% by 6 basis points, was about 10 basis points. Uncertainty in u.S. economic growth was played out by traders' interest in stable assets, particularly gold. U.S. stock indexes on Tuesday showed a decline of about 2%, which also supported gold.

The U.S. government has not ruled out extending the 90-day deadline to resolve trade differences and reach new agreements with China, Donald Trump announced Tuesday. If the negotiations progress, investors may lose interest in the dollar as a reserve currency, which will have a positive impact on the value of the precious metal.

In our forecast for Wednesday, we assume that gold may fall to support levels of 1238, 1235 and 1233 dollars per troy ounce.

At the time of the opening of trading, WTI crude oil was asked for 53.52 dollars, and by the evening it fell to 52.88 dollars. At the same time, the local resistance level of 54.38 dollars per barrel was tested during trading.

The dynamics of commodity prices continued to be determined by expectations of the OPEC meeting, which starts today in Vienna, which will last until December 7. This meeting will sum up the results of the implementation of the agreements to reduce the level of oil production in the current year, and may be decided on its further reduction. Analysts believe that to maintain the balance between supply and demand in the raw materials market, it will be enough to reduce production by 1 million barrels per day.

Today there will be a meeting of members of the OPEC monitoring committee, whose function is to monitor the implementation of the agreement on production reduction. Its members are energy ministers from Russia, Saudi Arabia, Kuwait, Venezuela, Algeria and Oman. At the moment, traders are afraid to reach a compromise, which was won by yesterday's fall in the cost of raw materials. Thus, at a recent monitoring committee on 11 November, the views of ministers were divided. The final statement noted that the outlook for 2019 indicates a higher growth in the supply of raw materials than global demand, but did not mention supply controls. Last time Saudi Arabia opposed the decline in oil production. However, at the upcoming meeting there is a possibility that this time it will support the course of decline, a signal to which is the statement of the leaders of Russia and Saudi Arabia on the commitment to implement the OPEC agreement after the G20 meeting at the last weekend. Positive expectations of Riyadh's position can give a positive impetus to oil quotes in today's trading.

Meanwhile, on the eve of the OPEC meeting, some states have already begun to reduce oil production. At the end of November, oil production in Russia increased in annual terms by 3.9%, but decreased in the monthly by 0.4%, amounting to 11.369 million barrels per day last month. Despite this, in November Russia produced 422,000 barrels per day above the level of October 2016, the controlling month for the Vienna OPEC deal. Such actions can also have a positive impact on the cost of raw materials.

Today is scheduled to release the U.S. Department of Energy on the change in oil reserves last week. An increase of 3.6 million barrels is expected, which will be a negative signal for the market.

In our forecast for today, we expect the growth of oil quotations against the background of the first stage of the meeting within the framework of OPEC, resistance levels can reach 54.70, 55.00 and 55.40 dollars per barrel.

At the trading session on Tuesday, cryptocurrencies showed moderate downward dynamics. Bitcoin was at $4,020 at the beginning of trading and reached $3,960 at the end of trading. For the unit Ethereum yesterday morning asked 112 dollars, and by the evening quotes reached the mark of 110 dollars. During Tuesday's trading session, XPR fell to $0.3562 from 0.3616.

The dynamics of the virtual currency market in the long term will be determined by the strategies of large investors who continue to build up cryptocurrency assets. From January to November 2018, the wallets of Ethereum traders, institutional investors, were replenished by a much larger volume of coins than in any other period of stay in the market of this cryptocurrency, which ranks third in terms of capitalization.

By the end of November, the large Ethereum holders had an 80% higher number of coins than January volumes. While as of the beginning of 2017, large traders accounted for 5 million units of Ethereum, a year later their number was already 11 million, increasing to 20 million by December 2018, which is 20% of all coins in circulation. Institutional investors also hold more than 55% of Bitcoin's trading volume. This growth of cryptocurrency reserves is due to the withdrawal from the Ethereum market of a significant number of traders, primarily retail. As a result, large investors have been able to buy up coins at low values, but in order to earn on the spread, they may try to stimulate the recovery of the digital asset market in the future.

Recovery will not take place in the short term, as indicated by the widespread market demand for staples. Yesterday, the cryptocurrency exchange Bitfinex announced the listing of four new staples, which will be traded in relation to the US dollar. The company explains this by the fact that this type of crypto-asset offers options for the rapid movement of funds between cryptocurrency exchanges using the advantages of the stability of the U.S. dollar. The reason for Bitfinex's support for this class of coins lies in the fact that many traders have decided to wait out the current crisis by leaving in the steblecoins, and this decline in interest in risky operations is one of the factors preventing the market recovery.