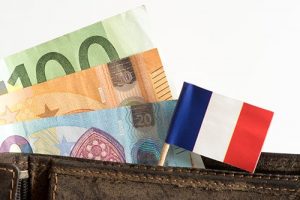 The UK's largest bank by assets and market capitalization, HSBC Holdings, intends to sell its retail banking business in France. This is reported by The Wall Street Journal, citing knowledgeable sources. According to them, the French division is unprofitable, and with its sale can begin the implementation of the bank's strategy, which involves the separation of operations that do not have the prospect of the necessary development. It is reported that since 2011 the British bank has abandoned about 100 of its businesses, and its branches are now located in 65 countries, whereas previously HSBC was present in 87 countries. About 300 branches of HSBC France serve about 800,000 customers. The bank occupies about 2% of the French retail banking market. At the same time, the British bank will remain in France operations to serve corporate clients. According to sources, it is expected that the bank can announce the sale of the business in France as early as this fall.

The only candidate for the post of head of the IMF is Kristalina Georgieva U.S. companies accelerate their withdrawal from China amid trade war
Scroll to top