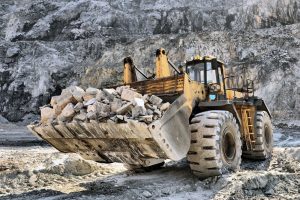 Indonesia, the world's largest producer of nickel, warned in early September that it would ban nickel ore exports from January 1, 2020. The country's leadership has outlined a course for the development of its processing within the country. This message led to an increase in the price of nickel to the highest level in 5 years. Indonesia's impending halt in nickel exports has prompted Chinese stainless steel producers to increase their stockpiles. Reuters reports that the volume of nickel ore imported to China increased by 26.5% in August compared to the same month a year earlier. China leads the world in terms of stainless steel output. In August, it purchased 5.72 million tonnes of nickel ores and concentrates. Their volume increased by 5.5% compared to the previous month. At the same time, compared to purchases a year earlier, the figure decreased by 7.5%. In Indonesia, 1.61 million tons were purchased. Compared to July, this figure decreased by 8.4%, but against the indicator of a year ago it was registered its growth by almost 27%. In view of Indonesia's limited capacity to export this type of raw material, China imports nickel from the Philippines. This country is the largest supplier of nickel in China. Imports from the Philippines of nickel ore in August amounted to 3.99 million tons. The index grew by 13.2% for the month, but decreased by 16.8% for the year.

The volume of transactions on the global market of the M’A has fallen Johnson interrupted a visit to New York and returned to London – Fore...
Scroll to top