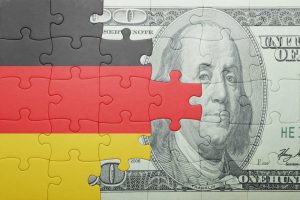 The final data of the German statistical office confirmed the slowdown in the growth rate of consumer prices in September in relation to the same month of 2018 to 1.2% from the August value of 1.4%. Germany has not seen such a low value since February last year. Then prices rose in the country by 1.1%. Energy stocks fell 1.1 percent. Excluding this category of goods, the September price increase was 1.4%. Product products rose by 1.3% in Germany. The calculation of the inflation rate in monthly terms showed the lack of dynamics. The consumer price index in the European Union fell to 0.9% in the reporting month. Thus, the downward trend has continued for three consecutive months. In August, inflation in the EU was 1%. The indicator, which was calculated compared to August prices, shows that consumer prices in European countries decreased by 0.1%.

The volume of transactions on the global market of the M’A has fallen Canada’s industrial activity index falls to lowest since 2015 in Sept...
Scroll to top