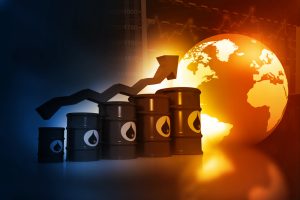 According to Bloomberg, the IPO of Saudi Aramco may take place in November this year. An official announcement of an initial public offering is expected to be published next month. This will only be possible to fully restore the work of the oil sector of the country's economy, which was attacked by drones. The losses from these attacks were substantial. Oil production in the country has fallen more than twice. Abdel Aziz bin Salman Al Saud had previously stated that the reconstruction work would be largely completed by the end of September. Bloomberg also reports that the volume of the initial public offering of Saudi Aramco shares can be doubled compared to the original plans: from 5% to 10%. Talks about the upcoming IPO of the Saudi oil giant began three years ago. However, the estimated time of its holding has been postponed several times. The final decision will be made by the authorities of the country.

The volume of transactions on the global market of the M’A has fallen OPEC chief says more oil production cuts may be needed in 2020 – Fore...
Scroll to top