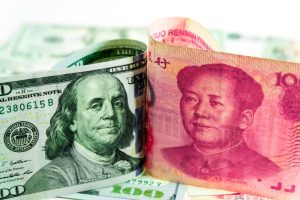 Christine Lagarde, who will head the European Central Bank on November 1 this year, has called the biggest threat to the world economy. According to her calculations, the duties set by the U.S. and China will reduce the growth rate of the global economy by 0.8% next year. The continuation of the trade conflict means further job losses. Business investment will decrease as forced changes in supply chains create uncertainty and uncertainty about business prospects. Fitch Ratings estimates that the synchronous slowdown in the growth of the economies of the 20 countries with the largest GDP is due to a significant deterioration in world trade. The latest statement of U.S. Treasury Secretary Steven Mnuchin that trade talks between representatives of China and the United States may take place in two weeks.