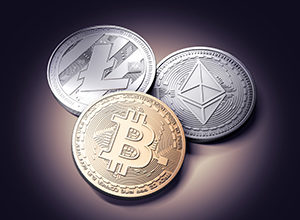 The quotations of the euro/dollar pair in yesterday's trading showed an increase from the mark of 1.1400 to the resistance level of 1.1450 to the close of the session.

The dynamics of dollar quotes against the background of the absence of any key macroeconomic indicators was determined mainly by statements of the head and representatives of the Federal Reserve about the change in the policy of raising the interest rate. In December, it is still expected to grow, as planned, however, in 2019 the regulator can take a pause and move away from quarterly rate hikes, as it happened in 2018. Previously, there were at least three episodes of rate hikes in 2019, the market is currently expecting two increases, with some analysts suggesting only one in the middle of the year. Yesterday's speech by FOMC member Williams only confirmed the high probability of such a development of the plot. Thus, the uncertainty of the Fed's monetary policy and traders' fears about the weakening of the dollar determine the negative dynamics of the US currency. However, the growth of the pair against the background of the Fed's rhetoric is limited in the short term, especially taking into account other drivers.

Already today we expect that the market will start to win back expectations about the reaction of the EU to the revised Italian budget, which is to become known on Wednesday. In addition, there may be a negative dynamics of the pound due to the news context of Brexit, which also limits the growth potential of the euro.

Today, the movement within the euro/dollar pair may be influenced by the release of the producer price index in Germany at the end of October. Given that this indicator shows generally positive dynamics, starting from April this year, this can stimulate the corrective growth of the euro.

On Monday, the quotes of the pound/dollar pair started and ended at the same mark of 1.2860. During the bidding, there was a pullback to the support level of 1.2810, followed by a recovery to the original value.

The fall in the pound was driven by expectations of a parliamentary vote of no confidence in Theresa May, the British prime minister, scheduled for Tuesday. The reason for the further growth of the British currency was the statement of Michel Barnier, the EU's chief representative in the Brexit negotiations, that the 27 EU member states that will remain in association after Brexit, approved the draft agreement with the UK. This was seen by traders as a positive signal in the context of resolving a situation that has been under way for many months.

During the transitional period, the final dates of which have not yet been determined due to a possible extension, the Great Housing will continue to pay contributions to the pan-European budget. The current version of the UK's exit from the EU stipulates that the kingdom will have to make a payment of 39 billion pounds. This is an additional factor of pressure on the pound.

Today, the market's attention will be focused on the parliamentary hearings on the Report of the Bank of England on inflation and the speech of its head Mark Carney. As a result of these events, the vector of the monetary policy of the regulator will become clear, and traders will begin to adjust their strategies. Dollar quotes may be influenced by U.S. statistics in the real estate sector. It is planned to release data on the number of building permits issued by the end of October. This indicator shows negative dynamics, starting in August, and therefore can negatively affect the growth of the dollar.

We assume that during the trading session on Tuesday against the background of the expected expression of a vote of no confidence in Theresa May there will be a rollback of the quotations of the pound/dollar to the levels of support of 1.2810, 1.2795 and 1.2760.

Gold prices started the new trading week moving up from 1220 to 1223 dollars per troy ounce.

The rise in gold prices led to the fact that the market played back soft rhetoric from the authorized persons of the Federal Reserve, which caused traders to fear the strengthening of the US currency due to the intention to retreat from the practice rate hikes.

The price of futures for the dollar index, which demonstrates the ratio of the US currency to a basket of six major currencies, decreased by 0.29% on Monday. Futures were trading at $96.18, which was a positive factor for gold.

The momentum for the gold rally was also provided by the US stock market. Stock indexes showed a sharp decline on Monday due to the negative dynamics of shares of Internet companies and corporations of the technology sector. The U.S.-China trade war has a significant impact on the technological component, because trade flows from China determine the logistics of supplying both constituent elements and finished products of multinational technical Corporations.

For today's trading, we consider the scenario of gold quotations to drag levels of 1228, 1230 and 1232 dollars per troy ounce highly likely.

On Monday, at the beginning of trading for a barrel of WTI crude oil asked for 57.33 dollars, and at the end of their 56.59 dollars per barrel. Also during the session, the local minimum of $55.47 was reached, adjusted by the market upwards.

Oil quotes showed a slight increase against the background of the upcoming meeting of OPEC from December 5 to 7, at which a decision to reduce oil production can be made, which will be a determining factor in the price dynamics of raw materials. According to traders' expectations, Saudi Arabia can convince OPEC to take a course on production cuts by the end of 2018. OPEC and its partners estimate the option of reducing production by 1-1.4 million barrels per day.

Oil traders were reassured by yesterday's statement of Iranian President Hassan Rouhani, who said that Iran intends to continue foreign oil supplies in defiance of U.S. sanctions, which somewhat slowed the growth of commodity prices. According to Rouhani, the U.S. at the moment has insufficient leverage on international policy, as their sanctions are not supported by a number of countries, which gives Iran room for maneuver.

Tonight, the American Petroleum Institute's report on commercial oil reserves in the United States is expected to be published, which is one of the determining factors in the dynamics of oil prices. Analysts once again predict the increase in oil reserves, which took place in the last five weeks, which may hinder the increase in the cost of raw materials.

However, it is worth noting that last week the market reacted to the increase in oil reserves calmly against the background of the November report of the International Energy Agency, which saw positive dynamics in the oil market. The aforementioned OPEC statement may play a similar role in leveling the effect of the API report and preventing a significant decline in oil prices.

We forecast on Tuesday a downward trend for oil prices against the background of API reporting and their fall to support levels of 56.30, 56.00 and 55.75 dollars per barrel.

The beginning of the week was marked by the fall of Bitcoin and Ethereum. Bitcoin showed a pullback from $5,470 at the start of trading to $5,194 at the end of the day. Ethereum started trading at $164, dropping to $157 during the day.

Ripple, on the other hand, showed an increase – the value of a unit of cryptocurrency increased from 0.4816 dollars to 0.4900 dollars by the close of the session.

The most important news of Monday was the return of some Bitcoin Cash trading exchanges, which was suspended after last week's hard fork. The Huobi platform recognized the main update of the ABC, in favor of which was expressed by Roger Wehr, the creator of Bitcoin Cash, and appropriated the ticker BCH, under which previously held bitcoin Cash, hard fork Bitcoin ABC. The second hardfork, Craig Wright's Bitcoin SV, will be trading on Huobi under the ticker BSV from November 20.

Binance has launched two new tokens, Bitcoin Cash ABC and Bitcoin Cash SV. OKEx has divided the balance sheets of Bitcoin Cash, announcing yesterday morning the resumption of the possibility of replenishing accounts in new coins. Kraken has launched trading sv token, with the caveat that the new cryptocurrency asset still does not meet the requirements of the listing, and therefore investments in it inherent a high degree of risk.

Bitcoin Cash's daily trading volume, exceeding $1 billion as of November 14, fell to $280 million on November 19, which continues to hinder the growth of other cryptocurrencies. In addition, traders continue to win back the Bitcoin Cash, which preceded the split and was one of the reasons for the collapse last week. However, this does not deprive the market of growth prospects, recently its movement back to sentiment, that is, with a positive news agenda it can fall, and with negative expectations – to grow.

We assume that the cryptocurrency will have a mixed dynamics at Tuesday's trading.