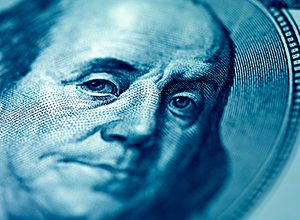 Data released on Tuesday showed that Germany’s business climate index fell again in December, the fourth consecutive month of decline, heightening fears of a deteriorating economic situation for the Eurozone leader. The actual figure of 101 was worse than expected and exerted little pressure on the euro.

Today there will be a meeting of the Fed, at which the US interest rate will be raised for the fourth time this year. The current quotes already include the probability of this event, so the reaction of the markets to the increase can be restrained.

In our forecast for today we expect a decline in the euro/dollar pair ingesrates against the background of the Federal Reserve meeting to support levels of 1.1325, 1.1300 and 1.1270.

Yesterday, the exchange rate of the pound/dollar pair rose from the mark of 1.2640 to the level of 1.2690, followed by a decline to the original value.

The British Cabinet has concluded that preparations for the country’s exit from the EU without an agreement are a priority, as Stephen Barkley, the Brexit minister, announced on Tuesday. A hard Brexit scenario suggests that there is no agreement between London and Brussels on the future relationship between the United Kingdom and the European Union. Markets fear negative economic consequences under such a version of Brexit, so the pressure on the pound remains.

The number of building permits issued in the United States in November contributed to the intraday recovery of the dollar against the pound, as the figure exceeded the projected increase of more than 100,000.

Today, the UK consumer price index will be released in annual terms. Inflation is expected to fall from 2.4% in October to 2.3% in November, which may drag the pair’s quotes down as an indicator of the decline in purchasing activity of the population. Moreover, even if inflation rises, the market may consider that such an increase is caused by the weakening of the pound due to Brexit, and it will still play against the British currency.

Similarly, the precious metal exchange rate was reflected by the excitement of traders before today’s meeting of the Open Market Committee and the decision to change the key rate. Investors fear that representatives of the Fed will make it clear after the meeting that they are taking a pause in the tightening cycle, and the dollar weakens on their reluctance to take risks. Since the beginning of 2018, the Federal Reserve has changed the rate three times, the last time the increase took place in September. After a string of hikes and amid criticism from Donald Trump, the rhetoric of Federal Reserve commissioners has softened, its chief Executive Jerome Powell has increasingly spoken out about keeping rates neutral to avoid overheating the economy . This suggests that the era of rapid rate growth is coming to an end, and in 2019 it is unlikely to be raised more than once, and this is a fundamental factor of support for gold.

An additional factor of pressure on the dollar, stimulating the growth of gold, is the political instability in the United States, caused by the risk of a partial government shutdown due to the fact that Republicans and Democrats can not reach a consensus on the Expense. Democrats rejected the Republican-owned Senate majority leader’s bill proposal, and several state agencies faced the prospect of a shutdown.

The situation on the US stock market is also pushing investors to leave for gold. Despite the fact that on Tuesday the market opened with a rise, there was also an increase in the value of traders and the volatility index, which indicates the uncertainty of traders.

Today we expect a downward correction of gold quotations against the background of the strengthening of the dollar following the meeting of the Federal Reserve with support at the levels of 1247, 1245 and 1243 dollars per troy ounce.

Oil quotes on Tuesday were moving downwards, the price of a barrel of WTI crude oil fell from the level of 49.43 dollars per barrel in the morning to 46.33 dollars by the end of the day and reached the lowest level of closing in 16 months.

Fears of a global balance between supply and demand continue to affect the market. The cost of raw materials fell further after reports emerged that Russia had increased production to 11.4 million barrels per day this month. If this information is confirmed, then it will be possible to talk about the record level of production. An increase in U.S. shale oil production of 134,000 barrels per day in January, predicted by the U.S. Department of Energy, was also negatively received by traders.

The second downside was the overall sell-off in high-risk assets, including stocks and commodities. The sharp decline in oil prices put pressure on the shares of mining and processing companies. Against the background of the subsidence of the energy sector, the dollar weakened.

On Tuesday evening, the American Petroleum Institute published changes in reserves of raw materials. Oil inventories rose by 3.45 million barrels, according to the institute’s experts, with an expected decline of 3.25 million. Such statistics can exacerbate the already powerful downtrend that now dominates the market.

Today, the market expects the release of statistics from the U.S. Department of Energy, analysts agree on a decrease in oil reserves by 2.44 million barrels, which may slightly adjust the downward trend of oil prices.

In our forecast for Wednesday we expect a further decline in the raw materials market, and the decline in WTI oil quotations to support levels may reach 46.15, 46.00 and 45.70 dollars per barrel.

On Tuesday, the dynamics of the rate of leading cryptocurrencies in terms of capitalization was mostly upward. The value of Bitcoin rose from $3,604 to $3,641. Ethereum started and ended the day at the same $96 mark. After an intraday rise to $0.389, XPR rebounded to $0.3280.

One of the current trends hindering the recovery of the crypto market is the activation of institutional investors in the over-the-counter market of virtual currency trading. This is stated by recent research by Bloomberg and Diar, according to which large investors consider the over-the-counter market to be more liquid. The second reason is that such a market is usually open around the clock, which allows traders to control assets and react quickly to risks in case of sudden changes. However, finding sellers at current prices is difficult even in the over-the-counter market. As long as trading in this format will interest traders more than the official crypto market, the possibilities of restoring the latter will be significantly limited.

A positive fundamental factor for XPR, which the market did not pay due attention to yesterday, but may affect it in the longer term, was the news that the network Ripple was joined by the largest Israeli aid company GMT Financial Services. Ripple network is more than 150 financial institutions. And it continues to consistently strengthen business ties with the traditional financial sector. Ripple’s immediate goal is the Middle East. Such interaction with the institutional environment confirms the good growth potential of XPR at the first signs of the recovery of the cryptocurrency market.