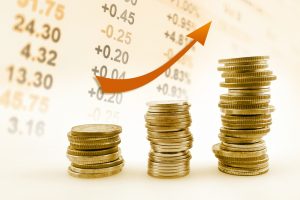 By the end of last week, gold had risen in price and reached the mark of 1516 dollars per troy ounce. Thanks to the oil situation in the Middle East, the need for safe assets has increased. We remind you that the government of Donald Trump has announced new sanctions against the Iranian Central Bank. The Iranian authorities have ruled out any involvement in attacks on the oil industry.

After the reduction of the interest rate by 25 indicators by the Federal Reserve, by the middle of last month there was a decline in the price of gold to a minimum: 1483 dollars per troy ounce. The quotation levels went up before the end of the session and reached the level of $30. The price of gold remains in the range of $1,500 per ounce, which is likely to remain in place. The price may drop to $1,480, but it will be short-term and will soon return to normal.

Gold remains at the same level. The situation in the Middle East is acute: the U.S. government, in addition to imposing sanctions, is ready at any time to provide military support to Saudi Arabia. The Iranian authorities insist that military intervention could lead to a bloody war.

As for the trade conflict between China and the United States, everything remains at an uncertain level, but at the same time the countries are negotiating. The situation with Britain's exit from the EU is also inflamed by the situation in the economy: a jump in quotations towards a rise is possible. All these conflicts put pressure on the mood of the market, as well as maintain the demand for gold. The valued metal consolidates and holds a steady position of $1,500 per ounce.

Gold from Switzerland rose to its highest point since 2016 in September. The strong demand of the United Kingdom offsets the decline in exports to Asian countries.

The top-up of gold and foreign exchange funds of the Capital of Britain in August increased to the highest point in the last 7 years. This is due to the high demand of investors for safe assets. The growth of gold on the world market continues against the background of the unstable economic situation and the shaky position of Brexit.

Chinese trading on the gold exchange last month rose to the maximum level. The level of supply reaches 2000 tons.  While gold is in low demand in China, its level gradually increases after the July stagnation. Gold ETFs have been growing in China since May this year.  Investors from the Celestial Empire buy ETFs in gold, thus reinsured against low yuan quotes, as well as fearing the consequences of the market conflict with America. Gold prices are rising, and this plays a role in the emergence of new investors.

After the attack on oil bases in Saudi Arabia, oil quotes quickly crept up. Since the beginning of the week, there has been a 20% increase in prices. The Arabian government and OPEC are reassured: oil production has fallen to 5.7 million barrels per day, but it will not affect the resumption of oil supplies. Prices continue to decrease, to date there has been a decrease of 6%. WTI crude oil reached $58.38 per barrel.

After the situation with the attack on the Saudi oil refineries, the government assures its colleagues from Asia about the timely delivery of raw materials. So far, all exports are not exclusive, but there is a version that the Arabian authorities are asking to buy some oil reserves from the Iraqis. It is expected that oil supplies will remain at the same level, all the damage has been extinguished. WTI crude oil will continue to remain at the level without raising the price. There are still some concerns on the market about the continued level of raw material production in Saudi Arabia.

The geopolitical situation plays a significant role in the world's economy. Oil has strengthened its position compared to last week. There are risks of biased assessment of the current situation by the Arabian authorities. This is not surprising, because even with a positive situation and recovery of losses, the risks of repeated attacks remain. The crisis in the Middle East has recently reached its highest level. At any moment there could be repeated attacks by Iran, military reinforcement of Saudi Arabia with the help of the United States and subsequently a great war. Don't forget another attack last month: it's little known because exports haven't suffered. But at the same time, it once again emphasizes the weakness of the Saudi oil production system. In order to keep oil prices at an elevated level, it is to be hoped that further attacks will not be prevented.

Ethereum has increased the burden on the Internet market. The creators of the cryptocurrency are trying to raise the size of the block. Bitfly, a mining company, says it is now testing power growth options. If the gas limit is raised to 10 million, the capacity will increase to 25%. This option helps to reduce the fee for commission and increase the power of the network. BitPay has expressed its location to Ethereum. This digital currency is at this week's high with a figure of $200. Also, the cryptocurrency did not exceed the resistance of 220 dollars, reaching a loss of 3%, and came out of the average level of the sliding line, which remained for 20 days.  It is expected quotes at the level of 200 dollars, as well as a slight increase to 220 and 235 dollars.

Ripple claims to have filed a waiver claim against the SEC for non-compliance with the American Securities Act. The company states that XRP currency documents cannot be recognized as securities. In addition, the XRP papers were not sold directly to the initiators of the lawsuit. The XRP token is in the top five in terms of price increases, which indicates the strong role of Ripple in the investigation. Speaking of quotes, they reached the level of 0.2450 dollars this month. This indicates the demand of customers at a low price. The middle sliding line can break through this level. In this case, the XRP currency will reach the index of 0.3000 dollars.

Bitcoin fell in price at the end of last week, as evidenced by the loss of $500 in 1 hour. This destroyed many steps on the stock exchange. There is talk that the Chinese authorities intend to eliminate the mining market. Now there is a check in Inner Mongolia, as a result of which will take illegal work in the bitcoin currency market. In general, the Celestial Empire has decided to abolish the mining sector across the country. This intention was first announced by the authorities back in April. For the record, the digital currency market has not been legalized in China. But at the same time, cryptocurrency thrives on the black market.