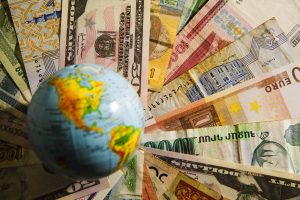 During the period when protests broke out in Georgia and the Russian Federation stopped air traffic with Georgia, the Georgian currency weakened significantly. By September 21, the U.S. dollar had risen to its highest ever level of 2.9759 lari, compared to the rate of 2.78 lari, which the Georgian Central Bank set for June 21-22. During this period, lari lost 6%. As of October 23, one dollar was worth 2.971 lari. The current situation was the reason for the decision of the National Bank of Georgia after the October meeting to raise the refinancing rate from 7.5% to 8.5%. According to official data, last month consumer prices in annual terms increased by 6.4%. Thus, inflation remains above its target, which, according to the Central Bank, will be observed before the end of the year. Its slowdown is expected from March next year. The regulator will closely monitor the dynamics of consumer prices. If the need arises, the Central Bank is ready to tighten its monetary policy again.