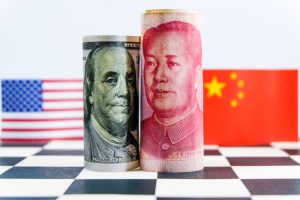 U.S. Treasury Secretary Steven Mnuchin said a decision to increase duties on Chinese imports could come into force on December 15. This will happen if the trade agreement is not signed. Last week, the trade delegations of the two countries managed to advance in the negotiation process. However, it is not yet complete. The main result of this round was the decision of the United States to postpone the introduction of new duties, scheduled for October 15. And China has agreed to significantly increase purchases of agricultural products in the United States. Donald Trump said after the completion of the work of trade delegations of the two countries that a deal with China will be concluded in stages. The first part is expected to be signed in Chile, where the APEC summit will take place. The United States has prepared a list of issues for discussion with China. However, the Chinese delegation refuses to discuss some of them with Washington. These are issues related to the country's industrial reform plan and the provision of government subsidies.