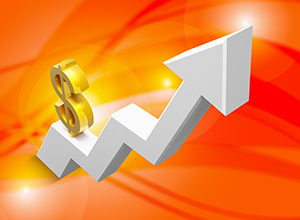 The quotes of the euro/dollar pair did not change at the end of the last trading day last week and ended the session at 1.1515.

U.S. employment data showed that the growth in the number of new jobs created outside the agricultural sector in September was 134,000, which was well below expectations. The data appears to have been more significantly affected by Hurricane Florence than anticipated. In addition, the figure for August was revised upwards by 70,000 jobs. The unemployment rate fell to 3.7%, the lowest in almost 50 years. The rate of strengthening wages was in line with expectations and amounted to 2.8%. Thus, despite the formal drop in the number of new jobs, labor market data remain strong and correspond to the growing U.S. economy. The euro/dollar pair's quotes reacted with a rise in the publication, but almost immediately returned to the outgoing level.

Pressure on the European currency continues to be exerted by the current situation in Italy. On Thursday, the Italian government announced a target of a budget deficit of 2.4% of gdp next year and cut its growth targets. Italy's government bond yields rose more than 3%, and the spread with Greek securities fell to its lowest level in recent years, indicating a high level of risk for the Italian economy.

The British currency continued to strengthen sharply against the US in the trading session of Friday, the quotes of the pound/dollar pair reached the resistance level of 1.3100 by the end of the day.

The UK house price index fell to 2.5% year-on-year in September and remains at its lowest level in five years. Earlier last week, there was a decline in the index of business activity in the UK services sector. The absence of a Brexit deal continues to have a negative impact on the British economy. The drop in investment has led to a decline in business activity in most sectors. Recovery may not begin until next year, after the UK secedes from the European Union in March.

Last week has brought no progress on Brexit. British Prime Minister Theresa May continues to fight on two fronts, trying to strike a deal with the EU and convince her opponents in the Conservative Party of the need for this agreement. According to Friday's Reuters report, the Brexit deal is very close to finalising. A spokesman for the Irish Foreign Ministry said the agreement was 90% ready, but the issue of the status of the Irish border had not yet been resolved. In the coming days, markets will continue to react strongly to any reports of possible treaty conclusion.

Gold prices rose slightly at the end of Friday's trading session and reached the resistance level of 1202 dollars per troy ounce.

Relatively weak data of the labor market in the United States could not significantly affect the price of gold, which continues to trade in a narrow range at the key level of 1200 dollars per troy ounce. It is still difficult to assume a global gold trend until the end of 2018. On the one hand, the growing economy in the United States and the expectation of another increase in the Federal Reserve interest rate in December put serious pressure on gold, threatening to return the quotes to the recent local minimum at 1160 dollars per ounce. On the other hand, the growth of possible risks in the Eurozone from Italy, the absence of an agreement on Brexit and another escalation of the trade conflict between the United States and China will provide the dollar with serious support.

It is unlikely that the forecasts, according to which the price of gold can recover to the level of 1250 dollars per ounce before the end of the year, will be correct. Most likely, the movement is unlikely to be clearly expressed, and the price will remain in the range of about twenty dollars near the level of 1200.

In our forecast for today's trading we expect further growth of gold quotations to resistance levels of 1205, 1208 and 1210 dollars per troy ounce.

WTI crude oil prices continued to decline on the last trading day of last week and reached the level of support of 74.30 dollars per barrel.

The main factor in the movement of oil quotations continues to be the decline in exports of raw materials from Iran. Analysts still cannot predict exactly how much Iranian oil supplies will fall as a result after the actual imposition of US sanctions on November 4 this year. India has said it will continue to buy from Iran after U.S. sanctions come into force. In particular, it is already known that India will buy 9 million barrels of oil from Iran in November. In terms of remittances, the Indian side hopes for the financial mechanism created by the European Union for transactions with the Iranian side. Recall that India is the third largest importer of oil in the world, so the preservation of supplies from Iran can significantly affect the final supply of raw materials in the world. Earlier, Japan, South Korea and a number of European countries refused to import oil from Iran. Plans for China's largest importer, whose authorities have not yet made a formal statement on their plans for Iranian oil, remain unclear.

In our forecast for Monday, we expect a reversal and resumption of the uptrend of WTI crude oil to resistance levels of 74.50, 74.75 and 75.00 dollars per barrel.

The main cryptocurrency assets practically did not change in price at the end of Friday's trading session. Bitcoin quotes fell to 6550, ethereum fell to 220 and XRP reached a price of 0.47 dollars.

The second half of last week was not rich in events in the cryptocurrency world, so the assets were traded with low volatility. Bitcoin volatility, which has been trading around $6,400 to $6,600 all week, hit a 17-month low.

The U.S. Securities and Exchange Commission once again asks the cryptocurrency community to provide additional clarifications on EXCHANGE funds ETF, which will be tied to bitcoin. Earlier, the regulator extended the decision time on all nine applications due to concerns about the reliability of the tool being created. Messages will be accepted until October 26. It is worth noting that similar applications for the creation of bitcoin ETFs from SolidX and VanEck are considered separately. The decision was originally planned to be taken by the end of September, but on September 26 it was once again postponed to December of this year.

The activation of a large-scale ethereum upgrade, which was called Constantinople in the Ropsten test network, was also delayed due to a vulnerability update found in the code. Operators are likely to first test the solutions and prepare for a possible chain split. The developers postponed the launch to October 14, roughly to the block number 4 230,000.