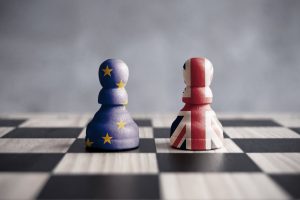 Boris Johnson has answered questions from the press about the decision of the Supreme Court of the country on the question of suspension of the British Parliament. The court found that the suspension of parliamentarians was unreasonable. To this Boris Johnson said that the people expressed a desire to leave the EU. And the government will do his will. Brexit will take place on 31 October. And nothing can prevent it. After the court decision was made public, some British MPs suggested that Boris Johnson should consider keeping the position he holds. They say the Prime Minister intends to implement Brexit without an agreement with the EU. MPs accuse Boris Johnson of hiding important information and documents relating to the country's impending exit from the European Union. They also believe that Boris Johnson deliberately misled the queen when he asked her to approve the decision to suspend Parliament. The Supreme Court agreed with the position of the British Parliament.