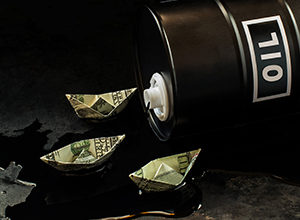 The quotations of the euro/dollar pair decreased slightly in yesterday's trading session and reached 1.1450.

During the session, the quotes reached a two-week high of 1.1500, as Democrats gained a majority in the U.S. House of Representatives, and Republicans in the Senate. Additional pressure on the dollar has restored the propensity for risk. The dollar index came under pressure and fell below the 95.90 mark.

The volume of retail sales of the Eurozone in September showed zero growth compared to the previous month. Year-on-year, the figure increased by 0.8%, which is significantly lower than the previous value of 2.2%. The economy of the Eurozone still shows no signs of recovery, despite the rosy forecasts of representatives of the ECB and other officials.

According to current forecasts, the growth of the German economy in the short term will also slow down due to trade conflicts and a high degree of uncertainty in the world. Germany's economy will strengthen by 1.6% in 2018, compared to 2.2% last year, and growth will slow to 1.5% in 2019. Previous forecasts had expected growth of 2.3% this year and 1.8% next year. Thus, there is a significant drop in expectations. According to experts, the ECB should ensure a successful transition to normal monetary policy in order to stabilize the economies of the Eurozone countries.

The main factors of the dynamics of the pair on Thursday will be the speech of the ECB head Mario Draghi and the announcement of the results of the Fed meeting. However, the November meeting will have a relatively small impact on the markets, traders expect high volatility after the meeting of the Federal Reserve in December.

In our forecast for Thursday, we expect a slight increase in the euro/dollar pair's quotations against resistance levels of 1.1470, 1.1490 and 1.1525.

The pound/dollar pair continued to recover on Wednesday and reached the highest value since mid-October at 1.3175. The final increase was more modest, the pair decreased to the level of 1.3740 by the end of the session.

The news background on Brexit remains positive. British Prime Minister Theresa May has offered cabinet members a near-final draft agreement between London and Brussels on the terms of Brexit. The document does not yet have the last article to set out a solution to the Irish border. It is this issue that remains the main obstacle in the negotiations between the UK and the European Union. May has repeatedly promised to prevent a hard border between Ireland and Northern Ireland. In addition, May said that the EU's proposed option with a border on the Irish Sea, that is, actually on the territory of great Britain, is unacceptable. Another Cabinet meeting could be held this week, at which the final draft of the agreement could be approved.

Halifax's UK house price index strengthened 0.7 per cent in October, slightly above forecasts. However, the index remains at one of the lowest levels in recent years, the UK housing market continues to be in recession.

Today, without macroeconomic statistics from the UK, the main driver of the pound will again be the Brexit negotiations. Markets will continue to react to the progress in the negotiations, already today the Minister for Brexit Raab can announce the details of significant progress.

In our forecast for today we expect further strengthening of the British pound against the US dollar and the growth of the pair to the resistance levels of 1.3760, 1.3780 and 1.3800.

Gold prices were little changed at the end of trading and reached the mark of 1226 dollars, although at the session rose to the level of 1236 dollars per troy ounce.

The price of gold reacted on Wednesday to the positive reaction of the market to the results of the midterm elections in the United States on Tuesday. Republicans retained a majority in the Senate, and Democrats won a majority in the House of Representatives for the first time in eight years. The period of uncertainty is behind us, and some analysts suggest that the control of the Houses of Congress by different parties could lead to positive results, as they will have to compromise on many issues.

U.S. stock markets also reacted yesterday with a rise in the election results. The Dow Jones industrial average rose more than 1 percent to 25,888 points on Wednesday after the start of the stock market session. The index of the S'P 500, which includes shares of the 500 largest companies in the U.S. market, also showed positive dynamics and rose by 1.2% to 2,788 points, while the nasdaq electronic exchange index rose by 1.68% to the level of 7500.

The main event of today's currency markets is to be formally a meeting of the FOMC. However, it is in fact unlikely that the meeting will be an important event for the market, as there are no press conference of the Fed chairman and an update of the economic forecast. In addition, the interest rate is likely to remain unchanged. The monetary policy statement will contain a slight correction to reflect the latest economic data, underscoring the recent gradual acceleration of wage growth and the weakening of activity in the housing market.

Thus, in our forecast for Thursday, we expect a slight increase in gold to resistance levels of 1230, 1233 and 1237 dollars per troy ounce.

WTI crude oil prices once again demonstrated high intraday volatility on Wednesday and by the end of the day again decreased to the level of $61.60 per barrel.

The global oil market has returned to a state of excess demand over supply after two years of reverse. And the imbalance may increase in the near future, as the Ministry of Energy predicts. At the end of the third quarter, global production exceeded the global economy's needs by 170,000 barrels per day, rising to 690,000 barrels by the end of the year and reaching 1.19 million barrels by mid-2019. OPEC countries are also aware of this problem, which is why Russia, Saudi Arabia and other allies will soon discuss the possibility of a new production cut next year amid fears of rising oil reserves. Ministers of OPEC and other countries will discuss this option at a meeting in Abu Dhabi on Sunday, November 11.

In our forecast for today we expect a further decline in THE quotations of WTI crude oil to the support levels of 61.40, 61.20 and 61.00 dollars per barrel.

Cryptocurrency assets continued to strengthen on Wednesday. Bitcoin quotes reached $6,560. Ethereum rose nearly 2 percent to $220. XRP showed the calmest dynamics after a sharp rise the day before and ended the trading session at 0.5350.

The factor of slowing the growth of XRP was the unexpected statement of the representative of the global payment system Swift. The platform is not going to use Ripple solutions for international payments, rumors have not been confirmed. This month, Swift is busy updating the standards of its protocols. Company representatives recommend their customers switch to their new Swift GPI platform. This news has spawned many rumors that Swift is going to provide its customers – and thousands of banks around the world – direct access to RippleNet and xRapid. And yet, demand for XRP remains fairly high.

In recent days, the daily volumes of cryptocurrency trading have increased sharply from 10 billion dollars to 16 billion. Bitcoin trading volumes have increased by 40% and are already approaching 5 billion dollars. As is usually the case, the BTC was followed by the Altcoins. The main record holder was XRP, trading volumes of the third largest cryptocurrency in a few days rose from 400 million to 1.2 billion dollars. The current growth of volumes is definitely a sign of an uptrend for Bitcoin and other cryptocurrencies. However, bitcoin will first need to grow in the short term, and it will have to overcome the resistance level of 6800, which since the beginning of August has been broken only once in mid-September.

In any case, the growth of trading volumes with the growth of cryptocurrencies signals the return of optimism to the cryptocurrency market. And there are reasons for this, such as the upcoming launch of the futures market from Bakkt and castodial services from Fidelity.