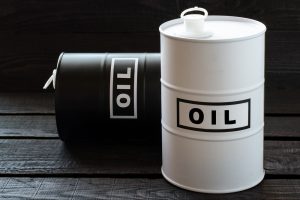 On Tuesday, it was possible to observe a slight rise of the euro against the dollar, on Wednesday it slid to the figure of 1.0945. This figure is as close to the lowest mark for the year – 1.0925.

The index of business activity is falling both in the German state and throughout Europe. Due to reaching the annual minimum, the quotes continue to give low indicators, this time – to 1.0815.

In the united States housing sector, the united states has seen a rise to 7.1%. That's the highest in the last decade. Such indicators indicate an increase in production, the service sector and the labour segment. Recalling yesterday's values of consumer confidence, this is encouraging data. The consumer sector is a key component of the U.S. economy, so GDP is expected to rise by about 2% in the third quarter. John Waldron, the head of Goldman Sachs, also speaks about the possible growth of the economy, claiming that it is now profitable to invest in the United States. The dollar has fixed at high positions, approaching the level of gold, the stock market holds its positions. That is, the Us currency is growing in the euro/dollar pair. The U.S. economy is stabilizing despite the unresolved market situation with China.

The quotations of the British currency against the dollar on yesterday's number fell to the level of 1.2350. The rate decreased by 150 positions. The pound is falling, analysts expect the nearest drop in quotations to the level of 1.2330. Yesterday, the British Parliament reopened after a two-week hiatus. Recall, Boris Johnson sent MPs on an extraordinary leave, and then, according to the decision of the Supreme Court, his actions were declared illegal. The opposition forces the Prime Minister to resign, to which Johnson refuses. The Kingdom appears to be preparing to suffer a political downturn. There is still no solution on Brexit, there is time until October 19. Most likely, and before this number there will be no decision – the Johnson government will have to talk to the EU about the extension. By the end of next month, the Brexit verdict must come into effect, otherwise the prime minister will end his term with words never implemented.

The pound on the stock market has reached a low for the whole month. But this is not an extreme point: analysts say that the level of achievement will be even lower if the situation with Brexit remains unresolved. The expected quotes of the pound/dollar pair are: 1.2285, 1.2215. Any news on Brexit will raise currency volatility.

According to yesterday's indications, gold fell significantly in price to 1505 dollars per ounce.

Profits have gained ground, and this has determined the position of gold decline from the position of 1485 to 50 dollars recently. The rise of the dollar also played a role in the price of gold. The drop in the level is not expected in the near future, perhaps only for a short period.

Yesterday's hearing on the impeachment of the US President by the House of Residents ended with Trump accusing his opponent of discrimination against Joe Biden before the election by asking the world to intervene. The political situation is tilting the foreign exchange market for the worse and may provoke a fall in stocks and the US currency. This, in turn, will play into the hands of the price of gold.

Due to the ambiguous market situation with China, the World Central Banks and the Federal Reserve are trying to raise the economic sector by reducing interest in the stock market. Consumer confidence is falling and the president's impeachment remains in question. These factors can play the side of the fall and stop the development of gold.

The price of WTI oil is falling: quotes reach the figure of 56.45 dollars per barrel.

Thanks to Reuters, there is information about the resumption of raw materials supplies by the Saudis by 11.3 million barrels per day. Exports are recovering to their previous levels. Saudi Aramco says it will soon resolve the supply problem even earlier than planned. Immediately after the attacks, raw materials shipments fell to 5.7 million barrels per day, or 5% lower. At the beginning of last week there was an increase in prices, to this day we can already talk about the recovery of the lost.

If we evaluate U.S. oil, there is also an increase: to 2.4 million barrels per day, that is a rise of 0.6%. Market prices fell due to the projected decline in exports. But instead, U.S. crude raised its production capacity to 100,000 barrels. This position is higher than it was last week.

Yesterday's prices fell by half a percent due to the resumption of Arabian exports, the growth of raw materials from the United States and the fall in overall oil demand.

The collapse of the cryptocurrency does not stop until the middle of the week. However, the quotes are not as low as observed on Wednesday. The main cryptocurrency reached the level of 8400 dollars, which is lower by 3.5%. Ethereum fell to $169, while XRP strengthened to 24.40 cents.

The Chicago stock market notes the gap in the price of futures in contracts with Bitcoin. Such a gap threatens a market downturn, as well as unbalanced supply and demand indicators. Normalization of the situation is expected only after reaching an adequate level of quotations. The momentum of Bitcoin quotes is growing despite the situation on the cryptocurrency market. This discrepancy is due to the fact that the June price gap is covered by the collapse of the currency.

Wilshire Phoenix is back in limbo: The U.S. Exchange Commission has never accepted a verdict on Bitcoin-ETF. Recall that before that to get such permission were going to SolidX and VanEck, but abandoned their undertaking in order not to get a negative reputation in the market. But if companies do allow to work with Bitcoin-ETF, it will increase demand among institutional investors, and will have a positive impact on the market as a whole. The verdict from the Stock Exchange Commission is also expected by Bitwise Asset Management.

Sweden is preparing to re-enter the production price index. Germany, in turn, will report on the Gfk consumer confidence index.

U.S. analysts will report on the first and repeated applications for financial assistance for unemployed citizens, as well as analyze the growth of the economy in the second quarter of 2019. Also, the calculation of spending on the personal needs of citizens will be calculated the number of failed agreements in the housing market. The Kansas Federal Reserve will demonstrate industry activity indicators. The Office of Energy Data will provide information to the public about the production of American natural gas.