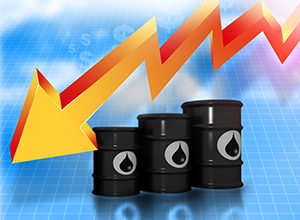 Euro/dollar pair quotes rose slightly on Tuesday and reached the resistance level of 1.1600 by the end of the session.

According to the Center for European Studies, the index of economic expectations in the EU rose slightly in August to 10.6 with a forecast of -12.9. The index strengthens for the second month in a row, but still remains in the negative zone since May this year, and is significantly inferior to the average value of 22.9. The last time was negative was in mid-2016.

Tomorrow there will be a September meeting of the European Central Bank on monetary policy. This time, economists assume that the meeting will not have a significant impact on the euro. Most likely, the ECB will note in its accompanying statement that core inflation will rise next year despite the slowdown in economic growth. The European regulator plans the first increase in the interest rate in the middle of next year, but if the basic consumer price index remains at the current level of growth of 1.0%, the increase may not take place. In addition, the ECB is sure to mention additional risks, first of all, the absence of an agreement on Brexit and a possible political conflict between the EU and Italy.

The British currency was practically unchanged against the US, the pound/dollar pair finished trading on Tuesday at 1.3020.

The number of applications for unemployment benefits in the UK fell by 2,700 in August, while the unemployment rate remained at historic lows of 4.0%. At the same time, the share of the economically inactive population in the UK rose to 21.2%, the highest increase since 2014. The growth of activity in the UK labor market is falling against the background of restrained growth of the economy on the eve of the planned exit from the European Union in March 2019. Wages excluding bonuses from May to July increased by an average of 2.9% year-on-year, which is an important positive factor that can lead to an increase in consumer activity.

Yesterday it was reported that Bank of England Governor Mark Carney will remain in his post until January 2010. Carney was due to leave office in June 2019 but was asked to stay in order to ensure stability during Brexit. This will be officially announced at tomorrow's meeting of the Bank of England.

The pound strengthened and remains stable after the statement of the chief representative on Brexit from the EU Michel Barnier that the agreement is already ready for 90% and its signing can take place by October or November. In the near future, the decline of the British currency will be limited due to the fall in the probability of a hard Brexit option.

Gold rose slightly on Tuesday and reached $1,198 per troy ounce by the end of the trading session.

The price of gold still remains in a narrow range around the key level of $1200. Demand for gold remains low thanks to the strong US dollar, which has replaced gold as a safe investment asset.

Medium-term forecasts remain positive, gold quotations are expected to rise to the level of 1250 dollars per ounce before the end of this year.

At the same time, the high level of demand for gold from a number of central banks, which want to reduce the dependence of their portfolios on the dollar or U.S. securities, remains high. The World Gold Council has published new data on gold reserves around the world. It follows that Venezuela, India, Mongolia and some CIS countries are again actively buying gold for their reserves.

Venezuela bought 14 tons of gold, and now its gold reserves are 164.2 tons. In August 2018. Venezuelan President Nicolas Maduro has announced the start of a program to sell gold certificates to citizens who want to keep their savings from inflation. With this decision, the government wants to restore the confidence of Venezuelans in the national currency, which is experiencing hyperinflation amid the economic and currency crisis.

As we have previously reported, in March this year the Central Bank of India for the first time since 2009 bought gold for the reserves of the state of 11.2 tons. Turkey increased its gold reserves by 1.7 tons, and Mongolia's gold reserves doubled by 3.1 tons. The crisis of a number of developing countries has led to an increase in demand for gold and a recovery in its price.

In our forecast for Wednesday we expect a further slight increase in gold quotations to resistance levels of 1200, 1202 and 1205 dollars per troy ounce.

WTI crude oil rose sharply in Tuesday's trading and reached the resistance level at $69.85 per barrel.

The price of oil rose significantly against the background of the threat of production cuts due to hurricanes and lower oil production forecast from the U.S. Energy Information Administration. In addition, concerns about the decline in oil supplies from Iran following the imposition of US sanctions remain high. The quotations reached the maximum value for the week after the information that Hurricane Florence is approaching the east coast of the United States.

Yesterday, the Energy Information Administration released a monthly report reporting that Iran's oil production in August fell by 200,000 barrels per day compared to last month. The agency also lowered its forecasts for U.S. oil production in 2018 and 2019.

In our forecast for today we expect further growth of WTI crude oil quotations to resistance levels of 69.95, 70.10 and 70.25 dollars per barrel.

Cryptocurrency assets continued to decline on Tuesday. Bitcoin fell to $6,250 and the price of ethereum fell to $175.

In August, the ICO received the weakest funding in the last 16 months. Last month, ICO projects received $326 million, the lowest amount since May 2017. Recently, ICOs have attracted more and more attention from financial regulators.

Last week, the European Parliament held hearings with experts in the field of blockchain on the possible regulation of the ICO market. One of the speakers noted a dramatic increase in ICO volumes in 2018, despite numerous reports of fraud. In turn, the Australian Securities and Investments Commission disclosed its intentions to scrutinize cryptocurrency exchanges and ICOs in the Corporate Plan published last week. In particular, one of the Commission's objectives is to reduce the risks of potential harmful industry influence through appropriate regulation.

The Canadian regulator has approved and granted public status to the first and so far the only bitcoin trust fund. According to First Block Capital's official statement, their bitcoin fund, the FBC Bitcoin Fund Trust, was the first regulated bitcoin fund available to Canadian accredited investors. They can now invest their funds accumulated under registered pension plans or deferred into tax-free savings accounts in bitcoin. Shares of this fund are available for purchase on the Canadian Stock Exchange. This fund operates on almost the same principle as bitcoin ETFs. The ability to trade them is provided by a regulated financial institution. According to local laws, the fund needs to attract at least 150 depositors during the year to be considered public. The company believes that hundreds of investors will invest in the fund as early as this month. This precedent could seriously affect the decision of the U.S. regulator, which last month rejected similar applications for the opening of bitcoin funds.