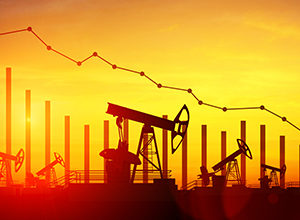 The quotations of the euro/dollar pair were little changed at the end of Wednesday's trading session, reaching 1.1385 by the end of the day.

The market focused on the comments of the European Commission regarding the adjusted draft budget of Italy. As a result, the regulator rejected the project proposed by Rome, citing non-compliance with the agreed parameters of the deficit, which can not exceed 60% of GDP, and in the case of Italy is 130% of GDP. In addition, Brussels said that they can launch a formal investigation against Italy, which threatens multibillion-dollar penalties. The decision on initiating the investigation should be taken by the eu finance ministers. Nevertheless, there is hope for a solution to the crisis, Italian Deputy Prime Minister Matteo Salvini said that the state is ready to meet the EU in the issues of budget revision.

Support for the euro was the growth of the European stock market, for example, Stoxx Europe 600 showed an increase of 1.14% after a decline of 1.2% on Tuesday

Another key factor in the pressure on the euro is the growth of the spread of yield between the ten-year bonds of the german and Italian public debt. Italian Finance Minister Tria has already expressed his concern about this.

Today is scheduled to release the consumer confidence index for November in the Eurozone, in recent months showing a permanent decline, which can negatively affect the euro. It is also expected to publish the minutes of the ECB meeting on monetary policy, on the basis of which traders will be able to draw conclusions regarding the regulator's adjustments in light of the latest statistics.

On Wednesday, the pound/dollar pair continued to lose in value. Starting the session at 1.2795, the quotes of the British currency against the Us by the end of the day fell to 1.2780. During the bidding, the local resistance level of 1.2810 was tested twice.

The dynamics of the pair are mainly determined by the situation on Brexit. Yesterday's meeting between Theresa May and the head of the European Commission, Jean-Claude Juncker, did not give concrete results. At its conclusion, May announced her intention to return to Brussels on Saturday to continue discussions ahead of Sunday's Brexit summit. The agreements were not reported, which gave the market a negative signal.

Supporters of Theresa May's vote of no confidence in Parliament failed to get the required 48 letters to trigger the vote. However, the market considers this risk still probable, and yesterday's breakdown of local resistance is associated with it.

There is no agreement on the UK's exit from the EU and the remainder. Spain and some other states are threatening to vote against the Brexit deal, adding to the political instability.

Disappointing American statistics on orders for durable goods in the U.S. was leveled with political risks for the pound, and therefore did not negatively affect the pair. At the end of October, the data fell by 4.4%, which is comparable to the July high of 2017, although experts expected a decrease of 2.2%. The index has been steadily declining since July this year.

The dollar was supported by sales data on the secondary housing market, which increased by 1.4% and amounted to 5.22 million at the end of October with a projected 5.2 million.

Today in the U.S. will be the celebration of Thanksgiving, because the dynamics of the pair will not be determined by the American macroeconomic indicators and other influences of the U.S. market.

Gold prices rose slightly on Wednesday and reached the mark of 1226 dollars per troy ounce by the end of the trading session.

The recovery of gold after the recession on Tuesday is due to the weakening of the US currency, the deviation of the italian budget project and the release of positive statistics on the housing market in the United States, which continued to recoup the market yesterday. The value of the dollar index futures, which demonstrates its attitude to a basket of six major currencies, decreased by 0.14% on Wednesday. Futures were trading at $96.585, which was a factor in the growth of the precious metal.

The positive correction of The U.S. stock indexes held back the growth potential of gold quotes. Indices finished trading on Wednesday mainly in the positive, the S'P 500 partially recovered from the decline on Monday and Tuesday, showing an increase of 8.04 points, or 0.3%.

According to the data released by the companies from the S'P 500, in particular, Amazon, pre-holiday sales act as a catalyst for positive expectations of traders, which affects the growth of shares, and as a result, inhibits the growth of gold quotes.

U.S. financial markets will not function on Thursday because of the Thanksgiving celebrations, so one of the main factors influencing gold today will be leveled.

In our forecast for today we assume the continuation of a moderate uptrend for gold against the background of general political instability associated with Brexit and the situation with the Italian budget. Resistance levels can be tested at 1229, 1232 and $1,235 per troy ounce.

At yesterday's trading, WTI crude oil continued to recover. Trading started at $54.24 per barrel and reached the level of 55.69 dollars by the end of the session.

The key driver for the oil market is the three-day December meeting of OPEC and expectations of its results. Thus, many traders believe that the decision to reduce oil production, which was announced last week and which gave impetus to oil quotes, will still be taken.

The effectiveness of the measures taken by OPEC remains in question, the market already takes for granted the reduction of oil production, already now laying the consequences of this decision in the prices of raw materials.

In addition, Donald Trump's statement that the United States remains a stable partner of Saudi Arabia despite the situation with the murder of Jamal Khashoggi was seen by the market as a guarantee of uninterrupted supplies from the kingdom.

According to Baker Hughes, which became known on Wednesday, by the end of this week, the number of active drilling rigs of U.S. oil companies decreased by three to 885 units. The data was released two days earlier in the wake of Thanksgiving celebrations in the United States on Thursday.

In our forecast for today we assume that oil prices will be characterized by downward dynamics against the background of statistics of the Ministry of Energy. Support levels can reach 55.40, 55.10 and 54.75 dollars per barrel.

On Wednesday, the cryptocurrency market mainly demonstrated a downtrend and low volatility. In the morning Bitcoin was trading at $4580, and by the end of the trading session it had regressed to $4,520. The trajectory of Ethereum repeated the bitcoin chart, from 134 dollars in morning trading cryptocurrency decreased to 133 dollars. XRP followed a different dynamic from Bitcoin and Ethereum: the morning value of the cryptocurrency unit of 0.4427 dollars changed by 0.4443 dollars by the close of trading.

As a result of the market downturn, there was a significant upsurge in investment in steibles, particularly in Tether. As a rule, this trend reflects the reluctance of traders to take risks and means limiting the growth potential of cryptocurrencies.

Also, the market negatively plays back the news that the cryptocurrency platform Bakkt, the subject of which will be futures contracts for Bitcoin with physical supply, will not start functioning until January 24, 2019. The fact that the launch of the site is postponed, shows the uncertainty of regulators, so far not at risk of licensing its activities.

In our forecast for today's trading we assume that cryptocurrencies will continue a moderate downtrend with minor corrective growth attempts during the session. Bitcoin may try to test support levels at $4400, $4,250 and $4,100. Ethereum will continue to be closely correlated with the Bitcoin movement, with support levels of $130, $127 and $124 likely. For XRP, we consider a likely upward trend to resistance levels of 0.4500, 0.4520 and 0.4550 dollars.