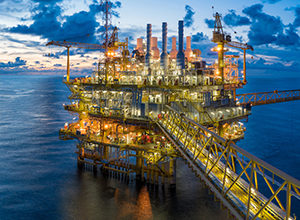 The quotations of the euro-dollar pair decreased slightly on Thursday and reached the mark of 1.1623.

The number of initial applications for unemployment benefits in the United States fell again to 203,000 and reached the lowest level in the last 50 years. Demand in the labor market remains very high, thanks to the growth of investments and investments of companies against the background of tax cuts and a favorable investment climate. The number of repeated applications for unemployment benefits also decreased slightly by 3,000. Non-agriculture productivity rose 2.9 percent in the second quarter in the U.S., the highest since 2015, according to ADP data. For seven consecutive quarters, the index shows growth above 1%, which indicates the good state of the U.S. economy.

Today will be the publication of data on the labor market in the U.S. last month. Given last month's low performance and strong preliminary ADP data, we can assume that the number of new jobs created in the non-agricultural sector of the United States will increase significantly, which will lead to a further decline in the euro pair. Dollar.

During the corrective growth, the euro-dollar quotes returned to the wide range of 1.1560 – 1.1800 in which they were, starting in May this year. Thus, the main support for the pair will be the level of the lower limit of the range at 1.1560. It is possible that today the quotes will come close to this mark.

The quotes of the pound-dollar pair were traded yesterday in a narrow range, practically did not change against the opening level of the session and reached the mark of 1.2930 by the end of the day.

The British currency consolidated yesterday after a sharp rise the day before, when it was reported that the UK and Germany are ready to abandon some of the basic requirements to come to an agreement in the negotiations. As usual in such cases, the information was not confirmed, and the growth of the pound again slowed down. Such sharp price jumps will continue over the coming months, the British currency will overreact to any news and rumors.

In any case, the market participants' assessment of the probability of an agreement between the European Union and the UK before the end of this year has changed in a positive direction. The current forecast assumes that by the end of November the parties will be able to agree on major issues, including the status of the Irish border. These expectations will limit the further fall of the British currency. With great faith, the pound/dollar pair will consolidate around the current strong level of 1.3000 with a slight downgrade pending confirmation of the Brexit agreement.

Gold rose slightly on Thursday and reached a key level of $1,200 per troy ounce by the end of the day.

Investment in gold-backed ETFs decreased by 40 tons or 3% in August compared to July. According to the World Gold Council, the decline in investment continues for the third month in a row. At the same time, European and Chinese ETFs showed an increase in investments, while investments in North American funds decreased by 3.9%. The main reason for this was the growth of the American economy and the increasing attractiveness of investments in the real sector, thanks to donald Trump's tax reform.

Demand for gold from Asian countries remains stable. We have already mentioned that in August the demand for physical gold in India more than doubled compared to the previous year, due to the fall in asset prices and the weakening of the national currency. In addition, the Reserve Bank of India continues to get rid of U.S. bonds and increases the volume of gold. At the end of June, the Indian regulator announced the purchase of gold for the first time since 2009. Increased purchases of gold could lead to an increase in india's trade deficit and further weaken the rupee, according to economists. Demand for gold in China also remains high according to the Shanghai Stock Exchange.

In our forecast for Friday, we expect gold prices to decline to support levels of 1198, 1195 and 1190 dollars per troy ounce.

WTI crude oil prices continued to decline on Thursday and reached the support level of $67.90 per barrel by the end of the trading session.

The price of oil has retreated from an intraweek high of almost 5% in a few days. Remarkably, all the major fundamentalfactors still signal a likely increase in quotations. According to a report by the Energy Information Administration, U.S. commercial oil inventories fell again last week, falling 4.3 million barrels.

The imposition of sanctions against Iran and the further decline in Iranian oil exports remain the main factors supporting price increases. Yesterday, U.S. Secretary of State Michael Pompeo said that the U.S. government expects to reduce the supply of Iranian oil by November to zero by all countries, including India. This statement is somewhat at odds with the previous one, when the U.S. representative promised to consider possible options for easing sanctions for some countries. Oil exports from Iran are declining at a faster rate than expected now. The current forecast implies that the fall in the volume of Iranian oil supplies may reach more than 1.5 million barrels per day, which will seriously affect the supply in the global market. At the same time, Saudi Arabia has repeatedly stated its readiness to compensate for any losses from the decline in Iranian oil exports.

Cryptocurrency assets continue to trade with a decline after a sharp fall the day before. Bitcoin quotes slightly strengthened to the mark of 6450 dollars, the price of ethereum remained around the level of 225 dollars.

Bitcoin has fallen by 12% in the last 24 hours, other major cryptocurrencies such as Ethereum, Bitcoin Cash, EOS, Litecoin and Monero have decreased by an average of 20%. Capitalization of the cryptocurrency market decreased by almost 40 billion dollars and amounted to 203 billion. One of the reasons for the sharp fall is the decision of Goldman Sachs to postpone the launch of cryptocurrency trading in the face of regulatory uncertainty. Another factor could be the expiration of futures contracts for bitcoin on the Chicago exchange CME. On 6 September, the contracts, which were expired on 31 August, were scheduled for 6 September.

An international financial action group to combat money laundering is preparing rules to combat the laundering of criminal proceeds through digital financial assets. FATF intends to recognize companies providing digital asset services as a full-fledged segment of the financial market. It follows that they need to be taken into account and have legal status within the framework of each country's legislation. As a result, they will be subject to anti-laundering legislation – in particular, such companies will have to identify their customers. Regulatory uncertainty remains the main factor hindering the development of the cryptocurrency market. As soon as cryptocurrencies fall under official regulations, large institutional investors will enter this market, which will lead to its sharp rise.

Is the dollar correction over? Forecast for September 17 – Forex