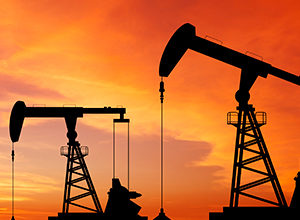 The euro/dollar pair fell in the trading session on Friday and reached the support level of 1.1600.

The consumer price index in the Eurozone rose slightly in September, but the growth rate of core inflation was below forecasts. The preliminary index of consumer prices of the Eurozone increased by 2.1% year-on-year, primarily due to an increase in energy prices by 9.5%. The growth of basic inflation in September slowed to 0.9%. Low data may be a reason for the ECB to extend monetary policy stimulus next year. This was announced by ecb spokesman Peter Prat on Friday in London. He noted that the Eurozone still needs significant monetary stimulus, adding that keeping rates low for a long time could pose a threat to financial stability.

The euro/dollar pair is once again approaching the lower boundary of the broad trading range of 1.1560 to 1.1800. Given the positive forecasts of the growth of the U.S. economy and the high probability of another rate hike at the December meeting of the Fed, the pressure on the quotes will continue in the near future and the pair will be able to get out of range and test the level of support 1.1400.

The British currency continued to decline against the US at the end of last trading week, the pound/dollar pair ended Friday's session at 1.3015.

Revised DATA for UK GDP growth on Friday showed the economy grew by 0.4% in the second quarter of this year, which was broadly in line with expectations. Total commercial investment decreased by 0.2% year-on-year, which was the lowest since February 2017. The low figure continues to be a consequence of the continuing uncertainty over Brexit and the absence of a deal between the Eurozone and the UK.

After a short rise, which was prompted by optimism of a possible resolution of the major disputes between the UK and the European Union, the pound/dollar pair returned to the key level of 1.3000. The development of the downtrend in the coming weeks seems to be the most likely option, as the vector of sentiment has changed dramatically. Negotiators on both sides are not prepared to enter into an agreement on current terms, and the issue of the status of the Irish border is still far from resolved. In the coming days, there will be an intra-party Congress of Conservatives in the UK, where the current Prime Minister Theresa May will have to fight against opponents of his own program to leave the European Union.

Gold prices partially recovered on Friday after a sharp fall the day before and ended the next trading week at 1192 dollars per troy ounce.

The price of gold fell after the Fed meeting last week. The U.S. regulator raised the interest rate and indicated its intentions for another increase in December. The forecast of growth of the economy in the U.S. until the end of the year remains high, which will support a strong dollar and will not allow gold to develop a recovery trend. For the past two weeks, gold has traded in a narrow range of 1,183 to $1,210 an ounce, consolidating at a key level of $1,200. In the coming days, the price may test the mark 1183, and if successful, develop a downtrend to the support level of 1160 dollars per ounce.

Many analysts still predict price growth, expecting a slowdown in the U.S. economy and increased demand for gold. Most of them lowered their forecasts for 2019, expecting an average price in the range of 1300 – 1350 dollars per ounce. Developing countries, many of which are now at the beginning of economic crises, may be one of the reasons for the increase in quotations. For example, Indonesia has seen a sharp increase in the demand for gold among the population. This is due to volatility in the local stock market and the weakening of the national currency. Indonesians see gold as a safe asset to save against the backdrop of the country's financial crisis. Due to the weakening of the national currency, the value of gold in the Indonesian rupee has increased by 9% over the past 12 months.

In our forecast for today we expect a further decline in gold quotations to support levels of 1190, 1188 and 1185 dollars per troy ounce.

WTI crude oil rose sharply on Friday and reached the resistance level of $73.40 per barrel by the end of the week session.

Oil prices ended the rise for the third week in a row amid growing fears of a shortage of raw materials due to U.S. sanctions against Iran and continued production decline in Venezuela.

Iran's four largest buyers of raw materials – China, India, South Korea and Japan – totaled 1.57 million barrels of Iranian oil per day in August, the lowest level in the last two months and 4.1% lower than imports for similar last year. The drop in supplies compared to July was about 300,000 barrels per day.

Asian oil importers are finding other sources of supply to compensate for the decline in supplies from Iran. For example, Japan increased the volume of purchases in Russia in August by 49% compared to the previous month, supplying 175,000 barrels per day more. Shipments from Saudi Arabia rose by more than 17%. Earlier, Saudi officials announced that they planned to produce about 300,000 barrels per day more in October to send them to Asian countries, which reduce the share of Iranian oil imports.

In our forecast for Monday, we expect further growth of WTI crude oil quotations to resistance levels of 73.50, 73.70 and 74.00 dollars per barrel.

Major cryptocurrencies were trading with low volatility at the end of the week. Bitcoin fell to 6600, ethereum remained near 230, and XRP slightly added to the level of 0.57 dollars.

Mongolian mobile operator Mobicom has launched the country's first licensed cryptocurrency. Five months ago, the Bank of Mongolia approved the first bill on digital currencies. He determined who could participate in the country's financial system and which of the service providers could engage in related transactions. The new currency is called Mobicom Candy, and an entire ecosystem has already been built around it. With it, users can pay bills and shop online. The currency's official website also states that you can take out a loan in it. The token has the same value as the national currency of the country.

Swiss company Bullion Vault Ltd. will launch a virtual currency backed by copper, aluminum, nickel, cobalt, tin, gold and platinum. Another cryptocurrency company, Tiberius Group, is also involved in this project. The new Altcoyne will be named Tiberius in her honor. It, like any other cryptocurrency, will be based on blockchain, and it can be used to pay for various services and purchase goods. In addition, the company promises that it can be exchanged directly for the aforementioned metals.