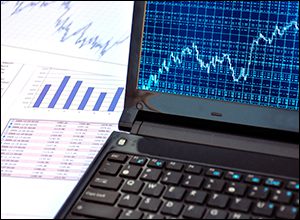 The euro/dollar pair continued to decline in the trading session on Wednesday, overcame the support level of 1.1500 and reached the level of 1.1476.

Uncertainty around the Italian budget continues to put pressure on the European currency. The budget plan will be presented to the EU on October 15, but the current target for a deficit of 2.4% of GDP does not meet European standards. In addition, the budget will include cutting corporate taxes and increasing some of the social benefits. The new Italian government is fulfilling its election promises, but this could lead to a political conflict with the European Union.

According to the ADP report, the number of new jobs in the U.S. private sector in September increased by 230,000 compared to the previous month, mainly due to the average business and services sector. On Friday, the final data of the labor market will be known. And, if the number of new jobs will be the same high, the dollar will continue its growth.

The index of business activity in the U.S. services sector rose to the level of 61.60 and reached the maximum for the last ten years. The American economy is growing at an active pace and contrary to the forecasts of many skeptics, so far shows no signs of recession.

The British currency continues to lose in value, quotes of the pound/dollar pair reached the level of 1.2936 on Wednesday.

The index of business activity in the UK services sector fell to the level of 53.9. The downtrend has been going on since the beginning of the year, although business activity is still above the May low. Recall that the service sector is the most important for the British GDP, so the fall in the indicator speaks in favor of further weakening of the national economy and will put additional pressure on the pound.

The pound/dollar pair fell below the key level of 1.3000 and continues to decline. At the same time, the pair's fall in the short term will be limited, as markets remain optimistic about a possible agreement between the UK and the EU. At a meeting of the British Conservative Party, opponents of Prime Minister Theresa May call for abandoning the current plan and concluding an agreement with the EU on the Canadian model, which implies the creation of a comprehensive trade zone. Such an agreement implies the waiver of most taxes, allowing the UK to retain favourable access to the single market. May has to contend with both intra-party opponents and the European Union, which is not yet ready to strike an agreement with the UK on current terms.

The price of gold fell after a sharp rise the day before and reached the level of 1197 dollars per troy ounce on Wednesday.

The financial situation in Italy continues to put some pressure on the price of gold, which exceeded the key level of 1200 dollars per ounce after news of a possible increase in Italy's public debt. The budget plans of the new Italian government may conflict with the financial norms of the European Union, which can grow into a strong political confrontation. The current decline in gold prices will be limited by fears of the markets further development of the conflict between Italy and the EU.

Gold has been trading recently around the level of 1200 dollars per ounce. The nearest forecasts imply that the quotes will remain in the corridor of 1180 – 1215 dollars in the next month after which it is likely to continue to decline. A strong U.S. economy and a high chance of another U.S. interest rate hike in December will provide strong support to the dollar, which will lead to a decline in gold. The price of gold to the level of 1250 dollars per ounce by the end of 2018, according to numerous forecasts, still looks extremely unlikely.