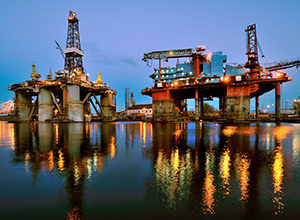 The euro/dollar pair rose slightly in Tuesday's trading session to 1.1767 by the end of the day.

In the growth of the European currency, hedge funds and other institutional investors are increasing short positions on the euro, according to the U.S. Commodity Futures Trading Commission. The cumulative position on sale on the euro rose after three consecutive weeks of decline. Sales of the European currency are growing despite the comments of the ecb head Mario Draghi. Yesterday, he said that he expects a sharp acceleration of basic inflation. Draghi has always been distinguished by a conservative view on inflation forecasts, so such a statement caused a certain resonance in the currency markets. If oil and other energy prices continue to rise, then inflation may even exceed the 1.7% in the medium term, which Draghi said.

Today will be the main event of the week and month – the meeting of the Fed. The probability of an interest rate increase is close to 100%, so more important will be the accompanying statement and press conference of the head of the Federal Reserve Jerome Powell. The trade war between the U.S. and China will take center stage in the Fed's discussions, and if market participants see that the regulator is not sure about raising the rate at the meeting in December, the US dollar could seriously fall in price. In this case, the euro/dollar rate will test the resistance level of 1.1850.

The British currency rose against the US in the trading session of Tuesday, the pound/dollar pair recouped some of Friday's losses and reached 1.3182.

In the absence of important economic news, the main factor in the movement of the British pound remains the news on Brexit. British Prime Minister Theresa May said yesterday that there will be no second referendum on Brexit, and early parliamentary elections are not in the interests of the nation. May said she still believes in a possible deal with the EU before the deadline, but the lack of an agreement is better than a bad deal.

The British pound has maintained an upward trend since August this year, and markets are still optimistic about a possible AGREEMENT between the UK and the European Union. In addition, a fairly high level of inflationary pressure will allow the pound to feel confident enough. At a minimum, until November, the British currency will react as volatilely as possible to any news related to Brexit, but is likely to trade in a wide range of around 1.3000.

Gold prices were little changed on Tuesday, trading at a key level of $1,200 per troy ounce on the eve of today's Fed meeting.

The rhetoric of the American regulator this evening may set the dynamics of gold for several months ahead. If today's interest rate hike is almost certain, the increase in December is not so obvious. Earlier, the Fed announced an increase in the interest rate quarterly until the end of next summer, but the trade standoff between the U.S. and China may make its adjustments. It is possible that the Fed will decide to postpone the fourth increase this year until 2019. In this case, the price of gold will receive strong support, and forecasts can be implemented, according to which the quotations will reach the resistance level of 1250 dollars per ounce by the end of the year.

The World Gold Council forecasts a 25% increase in gold sales in India in the second half of the year compared to the same period in 2018. The reason may be an increase in the minimum price of grain, which will increase the income of farmers, who are the main buyers of jewelry. The increase in sales will cause an increase in world gold prices before the end of this year.

In our forecast for today we expect the growth of gold quotations to resistance levels of 1202, 1205 and 1208 dollars per troy ounce.

WTI crude oil prices were traded yesterday in a narrow corridor, practically did not change at the end of the session and reached the mark of 72.30 dollars per barrel.

US President Donald Trump continues his verbal intervention against OPEC and high oil prices. Yesterday at the UN General Assembly in New York, Trump again declared dissatisfaction with the policy of OPEC, which artificially inflates oil prices. The U.S. imposes sanctions on Iran, deliberately reducing the volume of exports in the world market, which somewhat devalues Trump's indignation. Moreover, the American president said yesterday that the U.S. will continue to impose sanctions against Iran after November 5, when measures against the energy sector come into force.

The Iranian president said that the continuation of U.S. attempts to restrict the export of Iranian oil will receive the opposite response. Rouhani said Iran could realize the threat of overlapping the Strait of Hormuz, which would lead to a halt in oil supplies from across the region. Oil prices remain near four-year highs amid rising tensions associated with falling Iranian oil exports.

In our forecast for today's trading we expect further growth of WTI crude oil quotations to resistance levels of 72.40, 72.50 and 72.75 dollars per barrel.

Major cryptocurrency assets declined on Tuesday after a rally late last week. Bitcoin quotes fell to $6,350 and the price of ethereum reached $210.

Cryptocurrencies have been rebounding from recently reached local highs, and positive news did not prevent this. Google plans to lift the ban on advertising related to cryptocurrencies on its platforms. Regulated digital asset exchanges will once again be able to use paid promotion services in the United States and Japan. If the ban is lifted, Google has followed in the footsteps of Facebook, which in June announced that it views cryptocurrencies as regulated securities, so it will still allow their advertising, but at the same time will maintain a ban on the promotion of ICOs and binary options.

75 banks have joined the testing of a platform called Interbank Information Network from JPMorgan, which used the blockchain zuorum on the ethereum protocol to create it. This product can reduce the time and cost of interbank payments that are made using traditional methods. Among the new banks is a group of large ones, including Societe Generale and Santander. JPMorgan plans to maintain payments not only in dollars, but also to add another fiat currency.