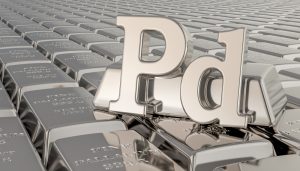 Palladium prices have risen by 10% since the beginning of September, Reuters reported. During trading on Tuesday, the value of this precious metal rose to a new record of more than $1.7 thousand per ounce. The ever-increasing demand for palladium, used for catalysts in cars, is pushing up prices as global markets raise fears of shortages. Palladium rose by 2.4% in the last week. Prices for it have been rising for three sessions in a row. China has tightened demands to reduce emissions from car engines. Against this background, as well as thanks to the switching of Europeans from diesel engines to gasoline, where the palladium catalysts are mainly used, the demand for this precious metal is growing. This comes despite the fact that the growth of car sales in the world is slowing down.