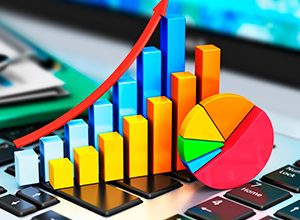 The euro/dollar pair continued the downtrend at the October 18 trading, testing the resistance level of 1.5200, after which there was a pullback back to 1.1450.

One of the main factors of the dominance of bearish sentiment in the euro market is the situation in Italy – on Thursday there was information about the intentions of the European Union authorities to hand Giovanni Tria, the head of the Italian Ministry of Finance, a letter with declaring concerns about the budget deficit for 2019. At the moment it is not clear how the parties are going to reach a consensus.

Data from the World Economic Forum published on Friday on the competitiveness of the U.S. economy had a positive impact on the dollar. This organization evaluates the level of competitiveness in 140 countries on a scale from 0 to 100, of which the U.S. scored 85.6 points due to a strong labor market and financial system, as well as an extraordinary entrepreneurial culture.

In favor of the dollar on Thursday also played positive data on applications for unemployment benefits in the U.S. The number of initial applications fell by 500 to 210,000, secondary – to 1,640,000, the lowest rate since 1973. In addition, the dollar was supported by a stable index of business activity in the manufacturing sector of the Federal Reserve Bank of Philadelphia.

Today it is planned to release data on the balance of payments within the Eurozone at the end of August, which traders are also waiting for. Given that the trade balance data published on 16 October were worse than expected, today's release could negatively affect euro trading if it also does not meet market expectations.

By the end of the working week, the prospects of the euro to get out of the peak are unlikely, although the dynamics of the fall should slow down, given the presence of certain signals on the intentions of the parties to come to a compromise on Brexit. It is possible to test new support levels at 1.1440, 1.1420 and 1.1400.

The trend in the pound/dollar currency pair remained unchanged – throughout the day amid a vacuum in the news context of Brexit, the British currency was steadily falling, reaching the mark of 1.3020 by the end of the day.

The much-anticipated settlement of the Irish issue at the Brexit summit did not take place. Donald Tusk, the president of the European Council, said the parties had not even come close to a compromise, but intended to continue further discussions with the possibility of convening an extraordinary summit in November. As a way out of the impasse, the extension of the transition period after the UK leaves the EU is being considered, a two-year option previously proposed by British Prime Minister Theresa May.

Data on the retail sales index published on Thursday also did not support the pound, the index fell by 0.8%, which indicates a reduction in consumer spending.

The expected speech of the head of the Bank of England Mark Carney can clarify the policy of the central bank on measures to maintain the rate of the British currency. Also on Friday in the UK is scheduled to release data on net lending of the public sector for the September period and the weekly report of the Commodity Futures Trading Commission on the number of net speculative positions on the pound .

Today we expect the continuation of the fall of the British currency, less sharp and with attempts to rebound up in early trading, the projected levels of support – 1.3000, 1.2975 and 1.2950.

First of all, the rematch of gold is conditioned by the end of the growth of the dollar and the next round in the trade war between China and the United States. According to a State Department recommendation supported by U.S. President Donald Trump, by January 1, 2020, the United States should withdraw from the World Postal Union and rescind the international postal agreement that gave China as developing country is able to deliver small mail to the United States free of charge.

The most important factor influencing gold is the expected tightening of monetary policy by the Federal Reserve, which can have a deterrent effect on the gold rally. It is worth noting that investors are also afraid of an unnecessarily rigid option of raising the interest rate to the level at which economic activity in general will be limited in order to level the risk of inflation accelerating above the value of 2%. The stock market, for example, has already reacted to this decline. However, the Statement of the Fed can positively affect the increase in the yield of American traders, which will also be a deterrent to the rally of gold.

The downward trend in the oil market has been going on for the second session, it dominated on Thursday – for one barrel of WTI oil asked 68.65 dollars. Thus, compared to Wednesday, futures fell by about 0.8%.

A key driver of the decline in oil prices is the publication of the U.S. Energy Information Administration's weekly report on Wednesday, which showed a significant increase in oil reserves by 6.5 million barrels, which is now in its fourth week. Fears of oversupply of oil in the market could not compensate even the data on the general decline in oil production in the United States.

The second most important factor influencing the quotations is the sale of oil from strategic reserves, launched by the United States – with the aim of reducing its price, directly affecting the price of gasoline for the electorate.

Also interesting is the internal report of THE OPEC, which was announced on Thursday and which predicts a decline in oil prices in 2019 against the background of a possible decline in global demand for raw materials.

Factors that played a significant role in supporting oil prices earlier in the week – sanctions against Iran, the situation surrounding the disappearance of a Saudi journalist at the Saudi Consulate General in Istanbul as a trigger of the conflict between Washington and Riyadh, the lack of data on the volume of oil supply in the market, ceased to be decisive in the mood of oil traders at thursday's trading, the same prioritization is expected on Friday.

In today's trading, we consider the next scenario as feasible with a high probability – at the beginning of the session we expect a correctional growth to the mark of $69.00 per barrel, after which there will be a pullback to the support levels of 68.50, 68.30 and 68.00 dollars per barrel.

On Thursday, the cryptocurrency market was not particularly volatile and moderate downward sentiment reigned, the value of Bitcoin fell to an average of $6,618, and Ethereum slipped to $206 per unit. Despite wednesday's positive news agenda, Ripple did not show growth and strengthened at $0.4712.

Thursday's big news was the creation of the U.S. Securities and Exchange Commission's Strategic Division for Innovation and Financial Technology. This structure is designed to provide legal assistance to start-ups of the financial and technological sector in their public offering of their services. The new hub will be a platform for interaction between the business and the SEC, in particular, for the purpose of obtaining consultations. The activities of the SEC as an extremely conservative and not too loyal to the cryptocurrency industry regulator has traditionally been the subject of close attention of investors in virtual currencies. And the creation of the Strategic Unit gives reason to talk about the adoption of cryptocurrencies by the Commission as a long-playing factor in the global economy.

Ripple may be affected by the news of the resignation of Sujai Khaladi, Director of Information Security Department, at today's auction.

Friday is also likely to show low volatility in the market in the context of a predominantly downtrend.

Bitcoin continues to correct after Monday's boom, and therefore it will be characterized by fluctuations in moderate ranges with resistance levels of 6630, 6650 and 6700 dollars.

For Ethereum, we forecast further declines and resistance levels at 205, 200 and $190, a similar rollback is possible for Ripple, but it is likely that the cryptocurrency may target resistance levels of 0.4750, 0.4772 and 0.4790 Dollars.