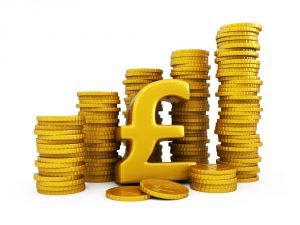 The quotations of the single currency rose to 1.1015 by the end of the week. The growth was due to the weakening of the dollar. EU bonds changed earnings figures, and this also contributed to strong performance. The spread of income of German and U.S. securities fell by 210 mark
s.Following the forecasts of analysts, the data on American inflation remained to the figure of 2.4%. Members of the House of the Federal Reserve during the negotiations of the U.S. Central Bank said that rates should be lowered, but have not yet come to a unanimous decision. Market volatility raises concerns for the Fed: participants argue that it is necessary to raise the balance sheet. For example, the head of the Federal Reserve Jerome Powell announced the increase in assets of the ECB. According to the report, seven of the Fed's 17 members say they should expect another new low rate in December. Five participants disagree with this decision, and the other five are talking about a new high rate this year. The next statement on rates is likely to appear at the meeting at the end of the month.Everyone e
xpects the outcome of negotiations between China and the United States on the conflict in the market. The euro against the dollar strengthened to 1.1000, but whether it will be in the long-term range is not clear. The growth of the European economy has not been fixed. The situation with American duties on the European auto industry remains unclear, and it also weakens the performance of the economy.

The pound against the dollar at the end of the week rose to the figure o
f 1.2450.The head of the Irish Cabinet Leo Vardakar is pleased with the outcome of the meeting with British Prime Minister Johnson. Vardakar has the opinion that by the end of the month it will be possible to reach an agreement and successfully complete Brexit. Analysts are still more inclined to postpone the agreement for the next year, but this meeting has raised new hopes.In the ec
onomic sector again the decline of indicators: the index of industry and data on the production of the processing industry. Production fell 1.8%, below forecasts. The British economy is on track for recession until the situation with the exit from the EU is
resolved.The chairman of the British Central Bank Mark Carney says that the new data are part of the general trend of recession, with the sector still at the stage Volatility.

Carney said the central bank is keeping its finger on the pulse on Brexit. But there are analysts who argue that the Uk bank could start the process of new rules on loans and money for next year in the event of a new Brexit date. British consumer prices are falling, and in this regard, the Central Bank may lower the rate earlier than the date of exit from the
EU.Our forecast for the British currency to the euro: falling to the indicators: 1.2430, 1.2400, 1.2380.

The rate fell due to the strengthening of the Us stock market, caused by the announcement of negotiations between the head of the United States and the Deputy Prime Minister of China. The future meeting suggests the possibility of a favorable outcome of the trade conflict. Analysts predict at least small steps towards compromise.

The head of the Federal Reserve Bank of Dallas Robert Kaplan expressed concerns about the high volumes of exchange-traded funds to the highest level since 2009. The Chair warns that minimum borrowing costs from the Federal Reserve do not mean a weakening of the figures. Fed members have different ideas about easing the rules on loans and money signs. Analysts are inclined to the fact that the Fed will cut the rate at the end of the month. As for the probability of a December decline, everything will depend on the level of inflation. If this happens, the price of gold will ris
e to the level of 1555 dollars per ounce. There is a probability of falling quotations to 1485 dollars per ounce in the short term.Our forec
ast for the price of gold: falling to the levels of 1490, 1487, 1485 dollars.

The price for WTI crude oil rose to $53.85 per barrel. The quotes are starting to strengthen. It is expected to rise to $55.00 per barrel soon. The long-term outlook is influenced by the results of market negotiations with China and the United States.

OPEC lowered its forecasts for global oil demand growth this year by 40,000 barrels per day compared to last month's estimate. Forecasts for the following year reached the level of 1.08 million barrels per day. The fall in forecasts for this year was triggered by low interest in oil raw materials. Non-OPEC oil exports fell to 160,000 barrels per day, according to the organization's own forecasts. Such data is caused by a decrease in production in the United States, Eng
land and Norway.According to Barclays Bank, investment in U.S. shale oil production will decrease. Investments from the major players of the market will continue, but still in this area there will be a fall. Investments for the second part of the year will decrease by 15%, in contrast to the indicators of the first half of the year. OPEC says u.S. oil inventories will rise to a daily 1.2 million barrels this year and reach 12.2 million barrels. This decrease is due to lower production and exploration costs by producers. Forecasts for next year indicate a fall in U.S. crude production by 1 million barrels to 13.2 million barrels.Our f
orecast shows the strengthening of the WTI brand to 54.00, 54.25, 54.50 dollars per barrel.

The cryptocurrency market has passed the consolidation stage since the strengthening. Bitcoin fell to $8,570 and Ethereum recovered to $192. XRP reached 27.40. The total capital of the cryptocurrency reaches the figure of 230 billion doll
ars.The American tax regulator has prepared information about the accrual of taxes from transactions with digital currency. The data show the levels of taxation in the situation with forks of currencies, ways of analyzing the cryptocurrency, which is recorded in the income graph, and data on the calculation of taxes for profits in the cryptocurrency market. New digital money will be valued as ordinary income, which equates to the price of an asset on the market. The IRS explains how to calculate the price in the market for a currency that is rated as income. The original cost is calculated through the amount spent on the purchase of digital currency, plus all sorts of commissions and other items of spending. If you pay for products and services with a digital currency, it will cause an increase or loss of capital, which is calculated by the difference in the price in the market and the original price
for the asset. Vanguard signed a contract with the Symbiont project to form a new base for the cryptocurrency market. One of the advantages of the company is the fall in transactions for currency transactions with the participation of P2P-tool for depositors, as well as their use in the blockchain system. A symbiont representative said that the project has been launched for two months and successfully acc
epts orders.Our forecast for cryptocurrency: strengthening Bitcoin to 8600, 8700, 8900 dollars. Ethereum rises to levels of 195, 197, $200. XRP will increase to 28.00, 28.50, 29.00 cents.

It will report performance on business activity of production, as well as retail sales. Australia, in turn, will present data of analysts on stability in finance, as well as on investment loans.

The European Council of the Ministry of Economy and Finance will meet for the next meeting. The German side will publish data on the level of prices of consumers. And the deputy head of the European Central Bank Luis de Guindos will present a rep
ort.Canada will present data in the personnel sphere: information on unemployment, employment rate and average salary per hour. The United States will publish figures on imports, exports and balance snumbers of the two indicators, fiscal data, and the University of Michigan Consumer Confidence Index. Baker Hughes will talk about the volume of drilling rigs.