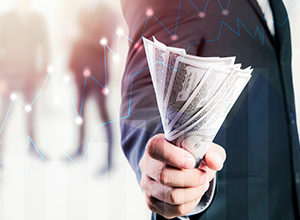 The euro pair rose sharply on Monday and ended the trading session in close proximity to the resistance level of 1.1600.

The euro-dollar exchange rate once again pushed away from the lower boundary of the lateral range of 1.1560 – 1.1800 and the pair went into the growth phase. Monday was traditionally marked by a near-total absence of important macroeconomic news. The sentiment indicator of investors Sentix in the Eurozone has decreased to the level of 12.0 and remains near the minimum level of 2016. This indicator, of course, is secondary, but it allows to understand the dynamics of changes in investment sentiment, depending on the current political and economic realities. The trade conflict with the United States, the possible confrontation of the new Italian government with the European Union, as well as the slowdown in economic growth and low inflation provide low investor interest in the short term.

Against the backdrop of the emerging market crisis, the sharp growth of the national economy and expectations of further interest rate hikes, the US dollar remains the most attractive asset at the moment. The growth of the real sector of the American economy is supported by tax cuts as a result of Donald Trump's reform. Many economists predicted a short-term effect of the reform, but forecasts for the U.S. economy remain optimistic, strong growth is expected, at least until the end of this year.

The quotes of the pound/dollar pair rose again above the key level of 1.3000 and reached the mark of 1.3025 by the end of the session.

Growth in the UK economy has accelerated slightly thanks to higher consumer spending and stronger construction. UK GDP grew by 0.3% in July, after growing by 0.1% in June, which exceeded preliminary forecasts. At the same time, the growth of industrial production in the UK in July fell to 0.1%, and manufacturing output fell by 0.2% compared to the previous month.

The EU's brexit negotiator said yesterday that a deal with the UK is very real in the next six to eight weeks, and the current plan proposed by Theresa May is effective enough and should not be rejected by the EU. The British currency continues to recover on growing optimism about a possible Brexit deal in the near future. However, investor concerns will continue until actual progress in the negotiations is made. At the Bank of England meeting on Thursday, Mark Carney is expected to once again note the high risk of the UK leaving the European Union without an agreement.

Gold prices were little changed during the trading session on Monday and reached the mark of 1195 dollars per troy ounce by the end of the day.

The World Gold Council issued a statement in which it noted that the net position of ETFs on gold has not been so negative since 2006. The statement also noted the fact that European and Asian funds have increased their volumes on gold in recent months, while American ETFs have decreased volume by more than 40 tons. The statement said that historically such declines have always led to a significant increase in gold quotations, so the World Gold Council expects a price rally before the end of the year.

The emerging market crisis and political conflicts involving the United States are supporting the rise in the price of gold. The Central Bank of Russia continues to sell U.S. bonds and buy gold as a result of the imposition of U.S. sanctions. Since July, the Russian regulator has bought 26 tons of gold, or about a billion dollars. At the moment, the Central Bank of Russia is the fifth largest in the world in terms of gold reserves and continues to actively increase the volume of purchases.

In our forecast for Tuesday we expect a further decline in gold quotations to support levels of 1192, 1190 and 1185 dollars per troy ounce.

WTI crude oil prices continued to decline with the beginning of the new trading week and reached the level of support on Monday 67.50 dollars per barrel.

Russia plans to keep oil production in September at the level of July-August as part of the OPEC deal, according to energy minister Alexander Novak. In July, Oil production in Russia was 260,000 barrels above the 100% level of implementation of the OPEC deal. At the same time, officials stated that the level of production in Russia fits into the agreement of OPEC on the overall achievement of 100% implementation of the deal. Russia and Saudi Arabia have become leaders in the rapid increase in production since the revision of the OPEC agreement in June this year. Saudi Arabia plans to fully compensate for the decline in Iranian oil exports as a result of the imposition of U.S. sanctions against the country on November 4.

In our forecast for today we expect a further decline in THE quotations of WTI crude oil to the support levels of 67.30, 67.10 and 66.75 dollars per barrel.

Cryptocurrency assets were trading with a slight change at the beginning of the week. Bitcoin quotes fell to $6,300 and the price of ethereum reached $195.

IBM has officially completed a beta testing period for the Stellar blockchain-based payment network project called Blockchain World Wire. BWW uses digital currency based on the Stellar blockchain to make international settlements between banks in almost real time. The project has been in development since October last year. The solution uses digital assets as a store of value, as well as to transmit accompanying instructions. This means that the funds can now be transferred in a fraction of a second and at minimal cost. The new IBM project is actually a direct competitor to Ripple, which, despite all the positive news, is going through bad times.

In our forecast for today's trading, we expect a slight increase in bitcoin quotes to resistance levels of 6350, 6400 and 6500 dollars, as well as strengthening of the ethereum to the marks 200, 205 and 210 dollars.