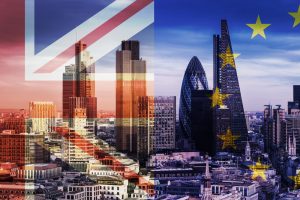 The quotations of the eur/usd currency pair continue to increase. Demand grew thanks to meetings on the trade war between the United States and North Korea, which took place last week. Representatives of the countries responded positively to the meeting. The United States has abolished the introduction of benefits for goods from China. The acceptability that a trade peace treaty between the states will be signed at the talks in December has increased. The eur/usd rate stood below 1.1000 and gained 1.1035.

The pound sterling continues to regain positions, for the currency pair GBP/USD this week trades opened from the level of 1.2646.

Tomorrow there will be a meeting of the EU on the UK's exit from the European Union. The meeting will consider the implementation of the commitments that were reached earlier. On October 18, there will be another gathering at which representatives of the EU and the UK will discuss Brexit. A week ago, Michel Barnier met Stephen Barkley. On October 10, Boris Johnson met with politician Leo Varadkar and discussed the current problems on the backstop of Ireland. After the talks, the two said they had found the conditions for reaching a deal. This provoked positive fluctuations in the markets and led to an increase in the GBP rate.

The GBP/USD rate has increased to the limit from 2019. The market expects changes in the value of sterling. Volatility will soon increase dramatically. If the deal does not take place before October 19, the British Prime Minister must ask for a delay in Brexit. If an agreement between the UK and the EU is signed, prices could rise to 1.3000.

The price of gold fell below the level of 1500 dollars per troy ounce. The quotations at the opening of the session reached the level of 1487 dollars. Demand for gold decreased on the wave of positive forecast stoweed about the signing of the Brexit deal. The Irish and British sides stated that the deal is real, and the agreement can be signed very soon.

Demand for the precious metal decreased due to the meeting on trade issues of the United States and China. Donald Trump has said there has been significant progress, but there is still a long way to go before the final version of the agreement. China has agreed to buy agricultural products worth about 45 billion dollars. The parties agreed on the topics of financial services and currency market transparency. The U.S. President has agreed to postpone the implementation date of the new tariff plans. U.S. Economy Secretary Steven Mnuchin said the countries are close to ending the trade struggle. However, the tariffs of December have not been abolished yet, and the issue of sanctions on goods of the Chinese company Huawei has not been discussed. Positive assessments are being held back, as the outcome of the negotiations has not yet been determined.

Oil prices from the supplier WTI have risen. At the end of that week, the quotes reached the level of 54.75 dollars per barrel. The increase in the cost of oil is associated with the development of negotiations between the United States and the DPRK. The price was also affected by a reduced chance of a hard Brexit.

Many states that have signed an agreement to reduce oil production in 2017 are overperforming the plan. According to the IEA report, the parties to the agreement exceeded the plan by 38% in September this year. The agreement, concluded until March 2020, indicates that oil production will decrease by 1.2 million barrels per day from the value of 2018.

Oil supplies from exporting countries have reached a minimum. Among the primary prerequisites are a drone attack on factories in Saudi Arabia, which resulted in a fire. The incident contributed to a global decline in oil supplies by 1.5 million barrels per day. The decline was the sharpest in a decade. The dynamics of the deterioration were also demonstrated by the oil supply indicators in Venezuela. In the U.S. and Brazil, on the contrary, recorded an increase in production and supplies. According to the IEA, global oil production is 9.3 million barrels per day, which is 2 million barrels less than the same period a year ago.

Regarding the past week, the main assets of cryptocurrencies are traded with some increase. The price of Bitcoin has risen to $8,300. The price of Ethereum increased to $182. XRP was 27.70 cents. The total capitalization of the cryptocurrency market is 224 billion dollars.

Visa, eBay, Mastercard and Stripe have left the Libra cryptocurrency project from Facebook. Possible partners note that the project is promising, but prefer to keep a distance. David Marcus, calibra director, said he respected the choice of potential companies to limit themselves to regulatory issues.

The U.S. Securities and Exchange Commission will take restrictive action against two offshore companies that are affiliated with Telegram. It is suspected that the messenger earned $1.7 billion due to the illegal distribution of digital tokens. The SEC noted that the defendants did not offer all the necessary information required by the Securities Act.

China will provide information on the country's economic performance, which includes imports, the overall trade balance and exports.

Representatives of the eurozone countries will report on industrial production. The meeting will be attended by: Vice-President of the European Central Bank, Deputy Governor of Bank of England and member of the Monetary Policy Committee.