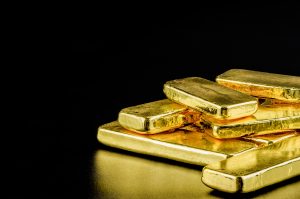 Gold quotes were not fixed at $1,500. The optimism associated with Brexit and the upcoming negotiations between China and America limited the growth of the asset.

Gold has been one of the most effective financial instruments in the last twenty months. However, now it is trading in a small corridor. In the second quarter of this year, the total investment demand increased significantly, due to a sharp increase in purchases by the leading central banks by 50%. At the same time, speculative demand was at a relatively small level.

The ratio of supply and demand for gold changed significantly in the third quarter of this year. Speculative demand grew by 150-200 tons. This was facilitated by the Sino-American conflict, as well as the uncertainty associated with Brexit. The level of speculative demand in the third quarter was as high as during the debt crisis in the Eurozone, which began in 2011.

The increase in the value of gold in the third quarter of 2019, as well as the difficult situation in the world economy, led to a decrease in demand for jewelry products. Demand fell to lows in 2011 and 2016. It reached 450 tons.

The market of the precious metal in question is now regulated mainly by speculative demand and secondary gold processors on the supply side. Central banks have significantly reduced activity. If metal prices continue to increase, they can become net sellers, which will greatly increase the supply. The demand for jewelry can also show a strong decline. Metal quotes should return to the values at which demand will recover. This plays an important role in sustaining a long-term rally.

An important factor in the short term will be the solution to the problem of Brexit, which is likely to happen on 31.10.2019. A new delay or uk exit from the EU without a deal could lead to increased interest in risk-free assets. There is also a possibility that central banks will join speculators, which will significantly increase the metal quotes.

WTI partially restored its quotes after the decline, which happened a week earlier. This happened against the background of an optimistic outlook for the Sino-American negotiations. Donald Trump said Thursday's meeting was a success. The attack on the Iranian tanker also had a positive impact on the rise in oil prices.

Protests in Ecuador have also supported oil prices. Ecuadorian President Lenin Moreno abolished fuel subsidies. This caused a wave of unrest. The government had to move from the capital to the city of Guayaquil. Demonstrators seized some oil rigs, producing about 0.165 million barrels per day. This is almost one third of Ecuador's total production. On Wednesday, the local state-owned company announced a force majeure provision for its trading operations.

An Iranian tanker was attacked late last week. It was hit by two missiles while the vessel was off the coast of Saudi Arabia. This case may again increase tensions between the countries of the Middle East. The U.S. plans to send additional forces to Saudi Arabia. This is necessary to reduce tensions in the region. Currently, political risks can be a powerful driver of higher commodity prices. At the same time, demand forecasts remain low.

A large proportion of the States participating in the agreement to reduce oil production continue to constantly overperform the production plan. In September, the production of raw materials by cartel members was 38% below the established level. For non-OPEC countries, the figure was 10%. This conclusion is drawn from a report published by the International Energy Agency. The agreements include a commitment to reduce production by 1.2 million barrels per day by the end of March 2020 from October 2018. Of these, 0.228 million are in Russia.

The e-currency market remains in a global bearish trend. At the same time, the value of many assets was stable last week, and was kept from further decline. BTC reached $8.3 thousand. ETH strengthened at $182. Ripple reached $0.276. The total capitalization of the digital money market is $224 billion.

Payment systems MasterCard, Visa and Stripe, as well as eBay, left the Libra e-coin project, which Facebook was going to release. Visa said it would monitor and assess the situation. Their final decision is due to several factors. Among them, the ability of the new platform to comply with the rules of financial regulators. This factor caused other participants to withdraw from the deal.

The calibra chief executive said he respected MasterCard and Visa's decision to move the date of their connection to the project. He believes that the departure of such strong partners does not indicate whether the Libra project failed. PayPal also left him.

The U.S. Securities and Exchange Commission said Gram coins are securities. One hundred and seventy-one investors participated in the sale of TON tokens. Of these, about 40% are American residents. Telegram has not officially formalized the ICO. The regulator is sure that this is a violation of American law.

The SEC has already been able to secure a temporary ban on the sale of Gram coins to American residents, and has filed a lawsuit against the corporation. The court session is scheduled for 24.10.2019.

It is believed that Telegram will change the launch date of the platform and will operate under the Blockstack project scheme. This is a matter of obtaining the approval of the Commission under the "A" provision. In this case, both firms must pay penalties. The investor agreements are expected to launch the TON network on the last day of October. Otherwise, 1.7 billion USD of investors' funds will have to be returned. Prior to the SEC dispute, Anchorage and Coinbase Custody announced their interest in Gram.

The launch of bitcoin ETFs from Bitwise was also banned by the regulator. According to the representatives of the agency, this product does not comply with the rules aimed at preventing manipulation. Representatives of the company believe that the outcome of the dispute with the regulator as a whole is optimistic for them. They intend to submit another application in the future.