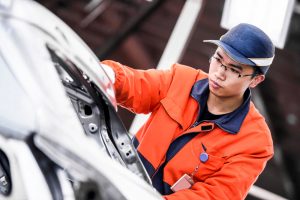 In August, trade agency Enterprise Singapore recorded an 8.9% drop in non-oil exports compared to the same month a year earlier. In the previous month, its volume decreased by 11.4%, which indicates an acceleration of the fall in the indicator. At the same time, economists expected an even greater decline in exports in August – by 12.2%. The decline has been observed in the country for 6 months. Singapore's exports of electronics fell by 25.9 per cent over the year. Exports, which take into account seasonal fluctuations, increased by 6.7% in August compared to July. Its growth slowed down from a rise of 3.5% a month earlier, but was higher than expected by experts to increase by 2.5%. Most of Singapore's major markets last month showed a drop in exports. At the same time, a 38.5% increase in shipments from Singapore was recorded in China. Singapore's economy is dependent on exports, so it is under pressure from China's weakening economic growth and trade conflict between the United States and China.