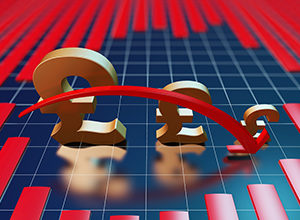 During trading, the pair rose to the highest level in the last six days at 1.1362. The U.S. dollar index fell 0.1 percent to 96.90. The intra-day growth of the pair was the result of a technical correction, after which the rate fell to the level of the opening of the day.

Data released yesterday showed that u.S. retail sales rose 0.8 percent in October, exceeding the market forecast of 0.5 percent. Positive data once again strengthens the confidence of markets in the fourth increase in the US interest rate, which will be held at the December meeting of the Federal Reserve.

Also on Thursday it was published that the trade balance in the Eurozone in September rose to 13.1 billion euros. Recent data showed that the growth of the European economy continues to decline, so the pressure on the euro remains strong.On Friday, the markets will pay maximum attention to the report on inflation in the Eurozone in October. Experts expect that the basic consumer price index will remain unchanged at 1.1%, which is unlikely to lead to a strong intraday movement.

The quotations of the pound-dollar pair fell sharply on Thursday, losing more than 200 points, and reached the mark of 1.2765 by the end of the trading session.

Yesterday's intraday fall in the British currency was the strongest since October 2016. The main reason for the fall was the political situation in the UK, where three ministers who disagreed with the plan to leave the EU left their posts in one day. Brexit Minister Dominic Raab, Work and Pensions Secretary Esther McVeih and Northern Ireland Secretary Sheish Wara resigned hours after the government approved the Brexit exit plan, which May said Cooked for more than a year.
The pound fell by 1.6% against the dollar, which was a record since December 2016. Markets fear a scenario in which Prime Minister Theresa May will be declared a vote of no confidence. In the opinion of many British politicians for supporters of leaving the European Union in the proposed plan too many concessions. Chief among them is a special regime for Northern Ireland, as well as a veto for the EU on the issue of leaving London and the customs union. Supporters of EU membership are in favour of a second referendum or an extra reprieve to agree a better deal. Meanwhile, members of may-led Conservative Party are gathering votes for a no-confidence vote. This requires 15% of its votes in parliament or 48 people, according to party rules.

In our forecast for today we expect a further decline in the quotations of the pound/dollar to the support levels of 1.2740, 1.2720 and 1.2690 against the background of the lack of unity among British politicians.

After a sharp increase the day before, the price of gold was on Thursday in a narrow lateral range and finished the trading session at 1213 dollars per troy ounce.

Despite all forecasts, gold is not yet able to recover from a significant fall, which ended in August at 1160 dollars per ounce. At the moment, the price of gold confidently senses itself in the range of 1200 – 1250 dollars and for the breakdown of the upper boundary more significant factors are needed.  The recent 10-15% stock market correction is an indicator that investors are looking for safe assets for their capital, and gold is traditionally one of them. Even if the growth of the share price recovers, demand for gold will still remain high, as investors expect further falls in the stock market.

Another factor limiting gold growth remains the strong US dollar. The probability of an interest rate increase in December exceeds 80%. In addition, there is no precondition for the Fed not to continue the policy of tightening monetary policy in 2019. According to the announced plans, the U.S. regulator will raise the interest rate twice more in the first half of next year. Speaking yesterday, Fed chairman Jerome Powell said the U.S. economy is in good shape and labor remains strong. Thus, if the Fed raises the rate twice more next year, it will severely limit the possibility of a recovery in the price of gold.

In our forecast for Friday we expect further growth of gold quotations to resistance levels of 1217, 1220 and 1223 dollars per troy ounce.

WTI crude oil prices continued to recover on Thursday and reached the level of 56.65 dollars per barrel by the end of the session.

Despite this, oil prices recovered after a sharp fall in the first half of the week. Markets remain worried about the oversupply of oil in the market. But OPEC says production may be cut due to weaker global oil demand, which is holding back falling prices. A recent meeting in Abu Dhabi resulted in a preliminary agreement that OPEC countries were willing to reduce or adjust oil production if necessary to balance the market. Saudi Arabia's energy minister said the kingdom did not want to cut oil production, but was prepared to do so if supply continued to rise in the global market. On December 5, an OPEC meeting will be held in Vienna, at which a final decision will be made on the cartel's policy next year.

In our forecast for today's trading we assume that WTI crude oil prices will continue to recover to resistance levels of 57.00, 57.25 and 57.50 dollars per barrel.

Major cryptocurrency assets continued to decline on Thursday, although the rate of decline was much lower than the day before. The value of Bitcoin fell to 5600, Ethereum was little changed in price and reached 180, and XRP rose to the level of 0.4700 dollars.

Yesterday, the Bitcoin Cash blockchain was officially divided into two separate networks and two competing cryptocurrencies. The iteration of the protocol, which directly opposes the updates implemented with the support of the long-dominating implementation of the Bitcoin ABC project, was called Bitcoin SV. At the moment, the two chains are extracting blocks in their own networks, and the threats of firewall sabotage, expressed earlier by supporters of Bitcoin SV, have not been implemented. The ABC Bitcoin team also refrained from any hostile actions. The main issue of the near future existence of the two networks will be the possible fall of one of them under the onslaught of the other. However, at the moment no less interesting question is a large burst of activity, which occurred a few minutes after the branching of the network. As a result of hard fork, the main cryptocurrency lost more than 25% in price yesterday.

The Swiss stock exchange SIX expects that over the next ten years its trading platform will be replaced by an alternative option, which is based on blockchain. The development of the new platform was announced in the middle of the summer of this year. Although all stocks and bonds are fully electronic on SIX Swiss Exchange and other stock exchanges, the main stages of processing the transaction are based on old paper protocols and mail. The launch of the new trading platform is planned in mid-2019. Initially, it will operate in parallel with the existing one, as it is not possible to switch completely to the digital format at once because of some legal aspects that have not yet been resolved. Once Switzerland's financial regulator clears up all legal issues, SIX is likely to offer trading of individual securities on a new platform. Using distributed database technology, transaction settlement will take place within a few seconds, although it took several days previously.