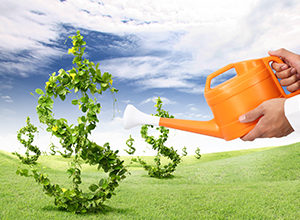 The euro is negatively affected by the situation with the Italian budget – on Monday Matteo Salvini, Deputy Prime Minister of Italy, said that the European Commission is not entitled to demand from the state the target level of the budget deficit of 1.9%, which was negatively perceived by the market as a signal of continued uncertainty around this issue.

The dollar showed signs of weakening on the first day of the week amid rising demand among investors for high-risk assets after the suspension of the trade war between China and the United States.  Expectations of a larger deal also limited the fall of the European currency against the Us. However, favorable terms of the truce for the United States contributed to the recovery of the dollar against the euro.

Support for the euro in yesterday's trading was the index of business activity in the manufacturing sector in Germany in November: 51.8 at the forecast of 51.6 – the value of the last reporting period. The activity of managers increased against the background of summing up the year and preparing for new production periods.

The euro is also positively affected by the situation on European stock markets, and european indices also showed growth against the background of the rally in the US and Chinese equity markets. For example, the Stoxx Europe 600 added 1.03% on Monday.

Pressure on the pound continues to be exerted by the situation with the ratification of the Brexit agreement, scheduled for December 11 and fueled by the expectation of parliamentary debate on this issue. The degree of market fears of rejection of the current version of the agreement is so great that it is played out by the sell-off of the pound even against the background of yesterday's weakening of the dollar.

Opinions about a hard Brexit scenario also differ, further exacerbating overall political instability. Thus, recently the British Trade Minister Liam Fox said that the UK's exit from the EU without a deal would not be a disaster.

At yesterday's trading, the catalyst for the strengthening of the pound was the data of production activity in the UK at the end of November. The index rose to 53.1 at 51.6, rebounding after falling last year to its worst since August 2016. The U.S. index of business activity in the manufacturing sector also showed positive dynamics in November and strengthened to the level of 59.3, although experts expected it to fall to 57.6, which stimulated the upward correction of the dollar.

From today's macroeconomic statistics it is worth paying attention to the minutes of the meeting of the Bank of England's Committee on Financial Policy, which will demonstrate the economic situation in the country against the background of political instability of recent days due to the Brexit and will help assess the future plans of the regulator. The index of business activity in the British construction sector, which can pull the pound down, due to the expected decline from 53.2 in October to 52.5 at the end of November, is also of interest.

Gold quotes reacted with growth to the agreements between China and the United States following the G20 summit, which led to the pullback of the dollar due to the decline in demand for the US currency as a reserve. According to traders, the probability of a mutually beneficial ending of the conflict, which threatens to deal a serious blow to the two leading world economies, has decreased.

The pause in the U.S.-China trade standoff could give new impetus to U.S. equity markets. It is likely that during the 90 days allotted for negotiations between Washington and Beijing, there will be consolidation of American stock indices. For example, on Monday the Dow Jones rose by 1.13% and continued the upward trend of the past week, when it showed an increase of 5.23% in anticipation of the results of the G20 summit, which was the most significant positive result since the election victory Donald Trump. Last week's increase was 4.85%, which was a sign of the increasing investor confidence in the US stock indices, given that there has been no such breakthrough in the history of the S.E.P. since 2011. Yesterday was also a positive day for the S'P 500, which grew by another 1.13%. The blue rhetoric of the Federal Reserve also supports stock markets. The growth of the U.S. stock market will be a limiting factor for gold prices, however, the news context of the U.S.-China trade negotiations can level this effect in case of noticeable disagreements.

Against this background, the yield of American ten-year traders yesterday showed a decline of another 0.83%, and the increasing demand for government debt bonds is supporting the dollar. The dollar index futures for yesterday's trading decreased by 0.31% to 96.89 dollars.

We expect that today gold quotes will be characterized by a moderate downward correction to support levels of 1232, 1230 and 1225 dollars per troy ounce.

Yesterday, the price of a barrel of WTI crude oil increased from the level of 53.01 to 53.19 dollars per barrel by the end of the day.

The growth of oil quotations is mainly due to Donald Trump's statement at the G20 summit that he will not raise duties on imports from China worth 200 billion dollars by 25% at the current stage. Traders played back it with a departure from commodity currencies and a decline in interest in the dollar, which temporarily lost its status as a safe haven currency amid increased interest in financial markets for high-risk transactions, including oil trading.

Yesterday it became known that the country is withdrawing from OPEC from January 1, 2019. The withdrawal of the state from the organization may complicate the search for a compromise at the Vienna OPEC congress on December 5-7, but does not threaten the cartel. Therefore, this will not have a significant impact on oil quotes, even in spite of the failure of the country to implement in the future agreement to reduce production. Thus, the share of qatari oil in the total production of OPEC at the end of 2017 amounted to only 1.85%. In October, the country produced about 610,000 barrels of oil per day, which is only 11 percent under OPEC. The reason is the desire of the country to focus on gas production.

The OPEC meeting this week will be a supportive factor for oil, as the organization's Secretariat advocates a reduction in production by 1.3 million barrels per day, taking october 2018's October 2018 figures to 32.9 million barrels per day. Many members of the organization also express support for this decision. Venezuelan President Nicolas Maduro yesterday announced his intention to offer OPEC to significantly reduce oil production due to falling commodity prices. The Canadian province of Alberta also reported a reduction in oil production.

Tonight, the American Petroleum Institute's report on commercial oil reserves in the United States is expected to be published, which is released before the release of official statistics from the Department of Energy. Analysts expect an increase in oil reserves, which may limit the upward trend for raw materials, which began on Monday.

Yesterday, the market drew attention to the news that the OKEx exchange has scheduled for December 11 the launch of new cryptocurrency derivatives in the form of perpetual swaps. These instruments are futures contracts with no expiration date, which may be closed at any time. Traders will also be offered a hundredfold leverage. Scaling the derivatives market in relation to virtual currencies is, on the one hand, a positive signal with a positive potential to correct the digital asset market through secondary transactions. On the other hand, such options provide space for manipulation, which is one of the causes of the current crisis.

Assessment of the prospects of market recovery rests on the fact that it is very difficult to calculate the real value of virtual currencies. Focusing on mining costs does not allow to judge the actual value of cryptocurrencies, as the results of the actions of miners can not be traced in material form, and they do not produce any particular product, spending only temporary and material resources, as well as electricity.