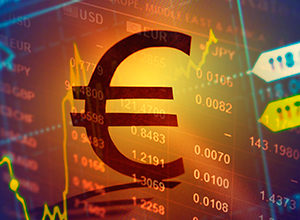 At the very beginning of trading on Wednesday there was a sharp collapse of the euro/dollar pair from 1.1470 to 1.1395, which was the lowest value since mid-August. The pair ended the trading session around the level of 1.1400.

The catalyst for the depreciation of the euro was weak reporting on business indices in the manufacturing sector and in the services sector of the Eurozone and Germany. Only France has shown positive results. Private sector business growth in the Eurozone was the lowest in two years. The continuing decline in European stock markets, primarily German and Italian, is also a negative factor for the euro.

The resolution of the issue with the Italian budget continues to cause investors' fears. Although Italy has three weeks to develop and submit a new draft budget, it is unlikely that this will happen, given the intransigence of the Italian authorities. Therefore, the Italian budget will remain a factor of pressure on the euro for a long time.

On Thursday, the main event of the day will be the press conference of the ECB chairman after the meeting of the monetary committee. The ECB is not expected to raise rates until the summer of 2019. The press conference is important in the first place because it may provide information about Italy's financial condition and the risks it can carry for the Eurozone. Among other events on Thursday – the release of indicators from IFO in Germany, which may be negative.

On Wednesday, the exchange rate of the pound almost followed the euro scenario. The beginning of the trading session was marked by a sharp drop in the pound/dollar pair to 1.2885, and the pair later traded in the lateral range.

The value of the pound was negatively affected by expectations that British Prime Minister Theresa May would have to face internal opposition from the Conservative Party over its Brexit negotiating strategy, in particular the conclusion of a separate agreement for participation in the customs union.

On Wednesday, there was a sharp decline in the U.S. stock indexes, for example, the S'P500 decreased by 84.59 points, which is equivalent to 3.1% and is the sixth decline in the index in a row. The sell-off in equities continues, with analysts tended to call the Fed's rate hike policy the main reason for the slowdown in the global economy. The instability of stock markets is a negative factor for the US currency, which somewhat helps to contain the fall of the pound/dollar pair.

In the U.S. on Thursday is scheduled to publish a large amount of data, the main of which will be a change in the volume of orders for durable goods and an index of unfinished sales in the real estate market. Both indicators may turn out negative, which will somewhat limit the fall of the British currency against the dollar.

If the reaction of the party opposition to Theresa May's strategy, which continues to worry investors, still does not follow on Thursday, then the pound has every chance to recover in the moderate range, resistance levels will be located at the mark of 1.2900, 1.2920 and 1.2950.

The rate jumps are associated with an increase in the US dollar index by 0.5%. As soon as these data were made public, the downtrend resumed in the gold market. The rise of the dollar occurred against the background of the fall of the euro and the pound.

The decline of the U.S. stock market also affected the decline in the profitability of U.S. treasuries, which was helped by two other factors – market uncertainty in the profits of U.S. corporations and the positive dynamics of the Chinese economy. Ten-year sovereign bonds fell 4.2 basis points, two-year and 30-year bonds showed a smaller decline of 2.2 and 2.1 basis points, respectively. This may be the impetus for the next rally in the bond/gold bond tie and contribute to the further growth of gold quotations.

The us housing market statistics, released on Wednesday, had a positive impact on the gold exchange rate. At the end of September, sales of new homes in the U.S. fell by 5.5%, which is happening for four months in a row. At the same time, the indices of business activity in the manufacturing and services sectors were higher than forecasts, which is positive for the dollar, and therefore had a restraining effect on the growth of gold.

Thursday will be characterized by a moderate increase in gold quotations, resistance levels are located at the marks 1238, 1240 and 1243 dollars per troy ounce of metal.

At yesterday's trading, WTI crude oil adjusted to a maximum level of $67.67 per barrel, but by the end of the day there was a pullback of the price to the mark of 66.19 dollars per barrel.

Despite the statistics of weekly crude oil reserves according to the American Petroleum Institute, the final decline in oil quotations at the trading session on Wednesday did not occur. The institute reported an increase in oil inventories of 9.9 million barrels last week. Oil reserves in Cushing rose by 971,000 barrels. The intraday price increase can be explained by the fact that, according to the Institute, commercial reserves of all categories of refining products, including gasoline, distillates and aviation fuel, decreased by 4.8 million barrels.

On Wednesday, the U.S. Department of Energy Information Administration released a report that u.S. crude inventories rose by 6.35 million barrels in the week to 19, a significant difference from the u.S. crude oil. 3.7 million barrels. This reporting is likely to contribute to the continuation of the downtrend for oil until the end of the week.

In general, the news agenda contributes to a further decline in oil quotations, as the shortage of oil can still be compensated by supplies from Saudi Arabia, which has already announced an increase in oil production, and it will determine the dynamics Market. So wednesday's price correction is likely to be a short-term trend.

In our forecast for Thursday's trading session, we expect the continuation of the decline in WTI crude oil prices to support levels of 66.10, 65.85 and 65.60 dollars per barrel.

The least volatility was demonstrated by Ethereum, which was trading at $206, which is identical to the average market value on Monday and Tuesday.

As we expected in yesterday's forecast, the Ripple exchange rate slipped again after the recovery on Tuesday, during the trading session was broken resistance level 0.4750 dollars, but by the end of Wednesday the price fell to 0.4690 dollars.

Bitcoin's growth is mainly due to a positive news agenda on Tuesday, when it became known about the launch date of the cryptocurrency platform Bakkt, and the company VanEck, intending to establish the first exchange-traded Bitcoin-fund (ETF) reported the American The Securities and Exchange Commission is generally positive about Bitcoin-ETF.

Positive news for cryptocurrencies comes from the Asian direction. Japan has put on the agenda the issue of the withdrawal of cryptocurrencies from taxation. And on Wednesday it became known that the Japan Association of Virtual Currency Exchanges, consisting of 16 participants, received the status of a self-regulating organization from the Financial Services Agency of Japan. The Association presented a guide to trading, including a ban on insider trading and strict rules on dealing with anonymous virtual currencies, restrictions on credit shoulder to x4 in margin trading. The desire of state regulators to create legal basis for the regulation of cryptocurrency activities is positively assessed by the market, because these are steps towards predictability and legislative protection.

In addition, Lee Hei Hong, Chairman of the Special Committee of the National Assembly of South Korea, announced during a speech at the Korea Blockchain Expo conference that the ban on ICO holding in the near future would be lifted. The Financial Supervisory Commission of Taiwan also announced the development of simplified rules for the ICO. In addition, it became known that China intends to regulate the activities of blockchain service providers. In particular, they will be obliged to use the KYC procedure. This causes market scepticism, as the Chinese regulator is known for its tough approach to the cryptocurrency industry.

Another important news of Wednesday is the destruction of Tether 500 million USDT. Since the Bitcoin rate is directly related to the USDT rate, the market may regard this news as positive because it will reduce Bitcoin's dependence on USDT and give a chance to strengthen other steiblekins.

To date, we predict the absence of significant exchange rate fluctuations. Against the backdrop of a positive news agenda, Bitcoin can strengthen its position to resistance levels of 6650, 6700 and 6750 dollars.

The downward dynamics of Ethereum are unlikely to change, support levels of 200, 196 and 191 dollars can be tested.

Ripple will also be characterized by a downtrend with a upward correction at the beginning of trading, support levels will be located at 0.4670, 0.4640 and 0.4600 dollars.