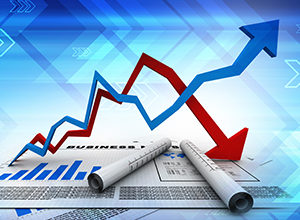 In Wednesday's trading, the euro/dollar pair showed a decline that ended at 1.1505 by the end of the day.

The rally in the stock markets, which happened on Tuesday due to the revaluation of bonds and positive reports of U.S. corporations, accompanied by a jump in the stock of high-tech companies, slowed on Wednesday, however, given to them the momentum for the dollar's upward movement still acted. The European stock market, and with it the euro, has fallen due to the stalemate in the Brexit negotiations.

According to the CFTC report, the number of short positions on the euro has increased, which indicates the intentions of traders to profit from the fall of the market and affect general market sentiment. The difficult situation with the increased deficit, laid down in the Italian budget, continues to negatively affect the euro.

The consumer price index, released on Wednesday by Eurostat, did not have a significant impact on the market, as the value of 2.1% fully coincided with the forecast.

The publication of the minutes of the September meeting of the Federal Reserve) also attracted the attention of the market this Wednesday, due to the absence of other benchmarks in the near future. It allows us to predict the future actions of the Fed and show how the sell-off in the stock markets will affect its position on interest rates. It became clear from the report that the Federal Open Market Committee considers it necessary to raise the interest rate above the long-term level.

U.S. President Donald Trump's announcement that the postal agreement with China, which has been in force for 144 years, could have a slight negative impact on the growth of the dollar.

First of all, the dynamics of the course were influenced by the news regarding Brexit – or rather, their absence with regard to the Irish question. European Council president Donald Tusk said the EU summit was a moment of truth to break the deadlock over Britain's exit from the EU and reach a trade deal.

All sides are waiting for news of whether an extraordinary EU summit on Brexit will take place in November, as few hope to resolve the issue in the ongoing discussions, as evidenced by the statements of Michel Barnier, the EU's commissioner. At the moment, the "hawkish" rhetoric of the followers of a tougher approach on Brexit prevails. If any concrete progress is made today, it will strengthen the value of the pound against the dollar. If not, political instability in the UK will contribute to the downward trend, especially against the background of the inability of British Prime Minister Theresa May to obtain a parliamentary majority.

The fall in the pound is also due to the publication of inflation data, which showed an increase of 2.4% compared to last year in September. This figure is lower than 2.7% at the end of last month. Wholesale prices showed higher growth than expected.

Today is expected another important release for the value of the pound – for publication in the UK are preparing data on retail sales.

The projected levels of support for the pound/dollar currency pair for today, taking into account that the final agreement on Brexit is likely to be postponed, will be 1.3080, 1.3060 and 1.3035.

Compared to Tuesday, on Wednesday gold was practically unchanged in price and traded at an average of 1222 dollars per troy ounce of metal.

The dynamics of the gold market continue to be actively influenced by hedge funds selling precious metal due to divergence in the economic situation in the United States and other states, as well as the divergent monetary policy of the Federal Reserve and competing central banks.

The decline in the yield of Treasury debt guaranteed by the U.S. government, as well as the deterioration of U.S. stock indices at the moment ceased to be a significant driver in the gold market, however, will remain them in the long run, especially given the likely turbulence in the U.S. stock market due to the midterm elections.

As the Fed's intentions on interest rates were cleared up on Wednesday, the central bank intends to continue its policy of raising them, despite pressure from U.S. President Donald Trump, the risk of excessive fiscal and monetary stimulus. Otherwise, the rate on federal funds would be lowered, which would have a negative impact on the dollar and would play into the hands of gold already in today's trading.

At the moment, the following strategy for gold prevails among traders: the asset is bought on growth, expecting further increase in quotations, and added to the portfolio in order to hedge in conditions of market volatility.

This Thursday, it remains highly likely that the flat will continue on gold with fluctuations downwards and support levels of 1220, 1218 and 1215 dollars.

On Wednesday, oil prices showed a downward trend due to the reaction to the data on a significant increase in commercial reserves in the United States. For a barrel of WTI crude oil, the average market price yesterday fell by $1.92 and amounted to $70 per barrel.

According to the U.S. Energy Information Agency, commercial crude oil inventories in the United States increased by 6.5 million barrels in the week ended October 12, with an expected 2 million barrels. This information is contrary to the data published the day before by the American Petroleum Institute regarding the reduction of oil reserves.

According to Antonio Garcia Pasquale, Barclays Chief European Markets Economist, growth in European equity markets will be limited due to concerns about global economic growth. Accordingly, these markets are more vulnerable to higher oil prices in the short term, especially since rising oil and other energy prices are the most important factor in rising inflation within the Eurozone.

The situation with a Saudi journalist who disappeared at the Saudi Consulate General in Istanbul also continues to be the focus of the market. However, given that Saudi Arabia is the largest holder of American treasuries, so far the US rhetoric against it is rather declarative.

At Thursday's trading, we forecast the beginning of the recovery of oil prices, resistance levels may reach 70.00, 70.40, and 70.80 dollars per barrel.

As we predicted yesterday, in the dynamics of the Bitcoin exchange rate there was an increase with the subsequent flat, and at wednesday's trading on a unit of cryptocurrency asked for an average of 6730 dollars.

Ethereum was down and tested the support level at $209, however, settled at $212 at the end of the trading session. Ripple recorded an average cost of $0.4850.

In today's trading, the cryptocurrency market can react positively to the statistics of the Chicago Mercantile Exchange regarding Bitcoin futures trading. Thus, at the end of the third quarter, the average volume of Bitcoin futures trading increased by 41% compared to the second quarter, which is a very positive dynamic, especially, given that the amount of open positions also increased by 19%.

According to Tim McCourt, manager of the Chicago Mercantile Exchange, futures contracts do not put pressure on the price of Bitcoin. However, in the current uncertain situation, in the absence of other indicators, they are an indicator of market sentiment and investor confidence in Bitcoin, although the element of speculation also cannot be discounted.

Ripple can demonstrate positive momentum given what has become known about the recent negotiations between the company's management and White House representatives regarding the new concept of XPR, which does not require mining, which is attractive for U.S. administration, concerned about China's dominance in Bitcoin mining and Ethereum. In addition, the World Trade Organization has stated that Ripple can revolutionize world trade.

For Bitcoin, the market situation is still stable, so we forecast growth, backtracking and flat with probable support levels of 6570, 6400 and 6350 dollars.

Ethereum quotes will be traded in narrow ranges with a high probability of a moderate downtrend and support levels of 200, 195 and 185 dollars.

Against the background of a positive news background, we forecast an upward trend, resistance probably at the levels of 0.4900, 0.4960 and 0.5000 dollars.