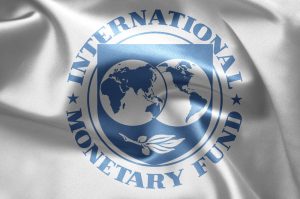 Kristalina Georgieva, who is currently the Executive Director of the World Bank, has become the only candidate for the post of head of the IMF. Last week, the period during which applications for nominations could be submitted came to an end. Now members of the IMF Executive Board will meet with Georgieva. This process will continue until October. The final decision on the new head of the fund will be made on October 4. No one doubts that Kristalina Georgieva will become one. She is a single candidate from the European Union. Traditionally, the question of the head of the World Bank is decided by the United States. At the same time, the European Union is looking for a candidate for the post of head of the IMF. Former fund manager Christine Lagarde wrote her resignation in July. She leaves such an important position on 12 September. The decision came after EU authorities suggested Christine Lagarde head the European Central Bank. However, it intends to continue to assist the Fund in resolving current issues until the new manager takes office.