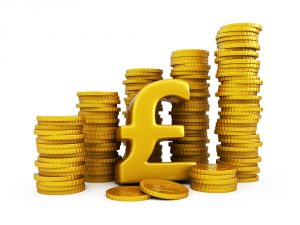 At yesterday's session, the quotes of the single currency against the dollar rose to 1.115. This is the highest figure for the last two months.

The value of the dollar is lower than other assets. This is due to the fall of negative sentiment in world politics, the exchange rate of the currency pair is growing. When the quotations reach the level of 1.1140, there are great chances of a rise to 1.1200.

Growth in the construction sector in Europe last month fell to 1.2% in annual terms. The housing sector does not play a decisive role for the GDP of the European Union, and the possible freezing of another economic sphere may contribute to the economic recession as a whole. Philip Lane, an economics specialist at the European Central Bank, suggested that the current economic situation is not in a severe recession, but is close to achieving this trait. Recently, Philip Lane began to talk about softening fiscal policy.

The head of the German Federal Bank Jens Weidmann said that there is no need to stimulate the economy until the economic situation reaches the lowest point. President of the Dutch Central Bank Klaas Not and President of the French Central Bank Francois Villerua declare the need to reassess the strategy of the economic sector of the Single Central Bank and share the view that the United The central bank could become more flexible, as well as capture the targets of inflation. The Central Bank of Europe should reach a position on monetary policy easing, and the launch of a program to buy securities has recently begun. In less than a month, the new president of the Single Central Bank will be presented. Christine Lagarde in her views is similar to the position of the current head Mario Draghi, so we should not expect radical changes in politics.

The value of the pound against the dollar rose to the resistance level marked 1.3000 for yesterday's session, but then fell to 1.2840.

The head of the European Commission Jean-Claude Juncker confirmed the positive outcome of Brexit with his statement. British Prime Minister Boris Johnson made a statement that representatives of the European Union and the United Kingdom were able to agree on new terms of Brexit. The next step is expected from members of the UK Parliament, they must adopt the new rules of the agreement at tomorrow's meeting. Michel Barnier, the European Union's Brexit spokesman, agrees with the Brexit deal, with a new agreement to be adopted at the next European summit. The pound sterling of Great Britain fell after the statement of the Democratic Unionist Party of Northern Ireland about the remaining incomprehensible moments of the customs issue, as well as the issue of VAT. The opposition party plays an important role in whether the members of the European Parliament will accept the agreement. At the initiative of Boris Johnson, there were recently several meetings with the head of the Democratic Unionist Party Arlene Foster and her colleagues in order to accept the agreement.

British retail sales rose 3.1 per cent last month, below projected levels. The economic situation in the United Kingdom largely depends on the outcome of Brexit, and reaching agreement between the parties will increase the likelihood of a rise.

In yesterday's trading, the price of gold rose to the level of 1493 dollars per troy ounce.

Britain and the EU have been able to agree on a compromise on the Brexit situation, although there are risks that the agreement may not be accepted at the upcoming parliament vote tomorrow. Also, investors declare new trends of weakening of the American economy, which directly affects the support of safe assets.

The rise in gold prices after a short period of sell-off signals that most traders are skeptical about the new agreement. There is also scepticism about whether British Mp Johnson will be able to reach a compromise with the national parliament and the Democratic Unionist Party on the Brexit deal in Northern Ireland.

The Prime Minister of Britain together with the head of the European Commission Jean-Claude Juncker agreed to sign a treaty, which aims to have a favorable outcome of the situation with Brexit. Prime Minister Johnson says Parliament needs to support the deal. A vote will be held in parliament on October 19.

Weak performance of the United States economy confirms all forecasts for a rate cut by the Federal Reserve. Manufacturing output fell 0.4 percent, its highest in six months. Business activity of the Federal Reserve Bank of Philadelphia fell to 1.26 million indicators, and data on applications for unemployment benefits during the week rose by 4000. Most of the data are secondary, but their decline strengthens the growth in the value of gold, as the data indicate a likely weakening of the economic situation of the United States.

WTI crude oil prices rose to $54.10 per barrel. The strengthening of the market situation depends on the cumulative increase in demand for risky assets. The rise on the European exchanges reached 1%. Such data were recorded in connection with the report of the President of the European Commission Jean-Claude Juncker. He confirmed the information that Britain and the European Union managed to reach a compromise on Brexit before the upcoming summit of MEPs.

WTI crude oil has spun from $51.85 a barrel to a strengthening trend. Forecasts for the next period were fixed at the mark of 55.00 and 55.20 dollars. The continuation of the upward trend is closely related to the upcoming vote of British Parliamentarians on the agreement of the country with the European Union. There is a great chance that the coming week will bring the opening of markets with a significant price gap.

Financial conglomerate Bank of America is beginning to test the technology of the distributed registry Ripple. Test participants completed the pilot project. The U.S. bank is a member of the Coordinating Group for Legal Compliance with RippleNet members. Despite the fact that in recent years the regulator Bank of America has been a regular participant in the field of patents for blockchain-based projects, six months ago it was announced that the Central Bank of the United States could not find the technology to improve the financial sphere. At the same time, before that, Bank of America made an application for a patent based on blockchain to change money in cash and announced the patenting of the settlement system, which states about the registry of distribution Ripple.

The blockchain system ztum made its first hard fork, reaching the version of ztum 2.0. Hardfork includes new features to improve the performance of smart contracts and quality of production. Version 2.0 increases transaction speed and reduces transaction costs. Experts from ztum state that the new system is a set of dispersed applications of the new system, the blockchain of which supports both corporate and user agreements. It is expected that this hard fork will be able to facilitate the creation of smart contracts, as well as their further implementation. The blockchain system includes the main components of PoW and PoS algorithms, as well as decentralization functions, namely finance and applications.

Japan will present a consumer price index, plus information on foreign and national securities deposits. The Chinese side will publish information on retail sales, industrial production, as well as levels of GDP sector growth for the third quarter of this year.

German economists will publish the price index in the wholesale environment. European specialists will present the balance on the accounts of current operations.

U.S. Federal Reserve Vice President Richard Clarida, along with the President of the Dallas Federal Reserve Bank Robert Callan, will appear before the public with the reports of their companies. Baker Hughes will provide information about changes in the volume of active drilling rigs.