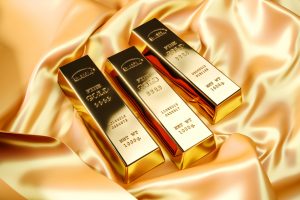 The single currency began to slide against the background of low German-made orders. Contrary to analysts' forecasts, the figures from September fell by 0.6%. In the second month of summer there was a slight rise, but prices remained in the negative sector. Low production data in Germany can also cause the entire economy to decline. Sentix's rate of sentiment of depositors fell to the minimum of six years: -16.8. Low economic performance, unstrengthened inflation and a recession in the manufacturing sector raise fears of a crisis in the next half-year.

The euro is strongly dependent on economic indicators. Forecasts of low rates in America do not affect the single currency. It is expected that the quotes will strengthen to 1.1030, and then go down. Analysts forecast the level of 1.0890, 1.0800.

The exchange rate of the pound against the dollar at the beginning of the week reaches the mark of 1.2300. The end of the month is coming, which means a new date is expected for Brexit.

If Prime Minister Johnson asks for a postponement, EU representatives intend to give it, as they are also interested in a favorable outcome of the agreement. You should expect a new date in three months, or even six months. Analysts predict that Britain is preparing new options for the development of the agreement, which need to be discussed in detail and improved. It is likely that this cannot be done until the end of the month.

The British government put forward an option that would replace the backstop. The proposal was to make a duty-free zone on Irish territory and to further withdraw the region from the customs union.
The new Brexit date will strengthen the pound/dollar pair. The quotations have a chance to reach 1.2580. Strengthening is possible to a certain level, as the British Central Bank intends to lower the rate due to the fact that the economy is going through a recession, as well as because of weak inflation.

The week started with the fall in the price of gold to 1%. The price reached the mark of 1491 dollars per troy ounce. The drop below $1,500 was unexpected.
Experts from BNP Paribas say that the U.S. economy is declining, and this prospect will continue against the background of reduced corporate deposits, profits, as well as low performance in the housing sector. Consumer spending remains at the same level, but the main trigger of the economic downturn is the unresolved conflict with China. New attempts to agree are expected to be launched, although analysts do not promise strong changes. At the same time, they predict a decline in inflation and a fall in the rate from the Fed to 0.25%, as well as two reductions next year.

While it is not clear how much the rate will decrease, the market is in limbo. Different companies have different forecasts about the date of the new bet. For example, Nordea Markets says the Federal Reserve will launch an updated rate this month as well as in December. The Fed is under pressure from low economic indicators, in particular consumer prices, as well as active influence from the U.S. president's office. Among the Fed participants there is an opinion that two reductions this year will help strengthen the economy. The climb, of course, is also not to be expected, but nevertheless, it will stop the decline. If the Fed does lower rates twice, it will strengthen the price of gold to higher rates than $1,500 per ounce.

At the beginning of the week, the price of oil strengthened to $54.0 per barrel, but again fell to the level of 52.80 dollars. This price difference is attributable to irregular exports and the difficult situation in Iraq.

Last month, OPEC cut its oil output to its highest in the wake of an attack on Saudi oil facilities. Raw production fell to a daily target of 1.32 million barrels. Production in Venezuela (daily production of 70,000 barrels) and Iran (up 70,000 barrels) also fell last month. Iraq and Nigeria have not kept their quota commitments, and production has fallen. In turn, the chairman of the Commonwealth Mohammed Barkindo announced a increase in the rate of implementation of the agreement to 136% this year.

Oil prices froze, reaching 51.00 to $53.00 per barrel. Analysts expect a slight rise in the near future to the mark of 55.00 dollars. At the same time, market volatility is growing. There is a risk of low interest from market participants to oil raw materials. This is facilitated by low economic performance and the ambiguous situation in the world. The risk of further negative developments in the Middle East region is also a major concern.

The beginning of the week for the cryptocurrency market was marked by good indicators. Bitcoin reached $8,300, and Ethereum rose to $181. And XRP reached 27.50 cents, which is 8% higher than in the previous session. The total capital of the market strengthened to $223 billion.

German Finance Minister Olaf Scholz says that the state intends to keep up with new developments in finance and think about launching its digital currency. Last month, representatives of the parliament announced a new decision not to allow new cryptocurrencies to enter the market. Such a solution as a response to the Libra platform: Scholz intends to close the German market, as well as the EU market, for the new currency. The European Parliament has launched a review of Libra by the antitrust regulator. Due to the distrust of the new cryptocurrency from Facebook, soon we can expect a new European cryptocurrency.

A New York court has received a statement from a group of companies regarding the Bitfinex market, as well as its regulator Tether, requesting a $1.4 billion damages. The exchange's managers are condemned for non-compliance with the United States law on commodity exchanges, as well as for giving false information to depositors, manipulation of the market, money laundering, and tether emissions. Those members of the class action that did not cooperate with Bitfinex allege that they did not comply with antitrust laws. Such a judicial charge has the risk of impacting the entire cryptocurrency market, given the recent collapse.

On the Japanese side, household expenditure data are expected, as well as trade balances. Australia is preparing a figure for new vacancies, as well as data from the Central Bank on business conditions and confidence. The Chinese PMI Caixin for the service sector will be published.

British retail sales data will be known, and Mark Carney – the head of the Central Bank of Britain – will give a speech. The Swiss will show data on the unemployed, Germany will publish data on industrial production. The next meeting of the Single Central Bank is expected, during which they will discuss monetary policy. Sweden is preparing information on the industrial scale of production.
Canada will present indicators for the construction of new homes. The U.S. is preparing data on production prices, retail sales from Refbook, as well as indicators of business optimism from NFIB. Federal Reserve Chairman Jerome Powell is preparing to report to the public. The U.S. Petroleum Institute will analyze oil reserves.