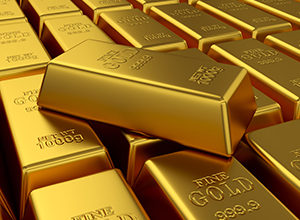 On Thursday, the euro showed an increase against the dollar from 1.1400 to 1.1420 on the back of positive news on Brexit, followed by a pullback to the initial value of 1.1400 due to the lack of other factors that could act as a boost of further growth

The situation with the rejection of the Italian budget by the European Commission continued to recoup the market yesterday, being a key reason for limiting the growth potential of the European currency.

The European stock market closed down on Thursday, which also had a negative impact on the euro. The Stoxx Europe 600 index showed a decline of 0.67%.

Yesterday, the consumer confidence index was released in the Eurozone, which again showed a decline from -2.7 to -3.9, which was another factor in the pullback of the euro.

Today, the dynamics of the pair may be influenced by the data of German GDP at the end of the third quarter. Analysts expect a decline of 0.2%, in the previous period it also showed a negative value, which could negatively affect the euro.

At the end of the week, the euro may be affected by the publication of the index of business activity in the manufacturing sector in the Eurozone and Germany. Previous data on November 11 were a negative factor for the euro, and therefore at today's session can adjust its upward trend, which began on Thursday.

In our forecast for today we assume a reversal of the euro/dollar pair and a decline to the support levels of 1.1360, 1.1345 and 1.1315, as the issue with the Italian budget continues to put pressure on the European currency.

Yesterday, the pound/dollar pair showed significant volatility and moved on upwards within the framework of strong growth thanks to a positive news agenda. Starting trading at 1.2780, it reached the value of 1.2875 after the speeches of Theresa May and Donald Tusk.

The pair's dynamics in the long term are still determined by the Brexit situation. Yesterday, the market reacted positively to the statements of British Prime Minister Theresa May that the conclusion of the Brexit agreement is within reach. In addition, she said, yesterday the text of the political declaration of London and Brussels on the order of relations between the parties after Brexit was agreed. Before the extraordinary summit on the UK's exit from the EU, scheduled for November 25, this news was supported by the pound.

In addition, the head of the European Council Donald Tusk said on Thursday that the whole agreement between the UK and the EU on relations after the first exit from the community has already been agreed, lacks only the approval of the leaders of the parties. This gave the pound a strong boost to growth.

Thus, the prospect of a soft Brexit option looms, the expected consequences of which were announced yesterday by Michael Sanders, a representative of the Bank of England. He believes that under this option, the increase in rates will be faster, which was a positive signal to the market.

The Spanish factor also continues to put pressure on the pound. On Thursday, it was reported that Spain could block the draft agreement on the UK's withdrawal from the EU because it did not resolve the issue of Gibraltar. Margaritis Schinas, a representative of the European Commission, said yesterday that EU members had not agreed on Gibraltar's status. This British possession has been the subject of Spain's claims for a long time, and therefore the position of the Spanish government in this regard is unlikely to change, which is fully realized by the market, which is playing back another political risk of reluctance invest more heavily in the British currency.

In addition, the market is concerned about the vote in the British Parliament on a vote of no confidence in Theresa May, which limits the potential for growth of the pound. An unresolved issue with the Irish border could also jeopardize an agreement between the EU and the UK.

Today we expect the pound to fall to support levels of 1.2790, 1.2775 and 1.2750 amid brexit uncertainty. The summit, scheduled for November 25, may not take place, and the influence of the "Spanish-Irish factor" is too strong.

Thursday was a favorable day for gold, which managed to grow from 1227 dollars per troy ounce in morning trading to 1228 dollars by the close of the session.

The bidding took place in a calm mode due to the fact that the American markets were not functioning due to the Thanksgiving celebrations. Therefore, the dynamics of gold was influenced mainly by the European session.

On Thursday, the minutes of the ECB's monetary policy meeting on October 25 were published. The ECB's comments on the prospects of the economy and inflation were expected, and the benchmarks of the upcoming meeting on December 13, at which the ECB plans to complete the program of asset purchases.

However, the protocol was focused on increasing inflationary pressures and possible reduction of short-term forecasts, which did not have a positive effect on traders. In addition, ECB spokesman Peter Prat said that it is too early to discuss any increase in the main interest rate, which caused a negative reaction of the market, waiting to the contrary, and forced investors to pay attention to gold assets again.

The rise in gold prices has also led to the fact that the market continues to play back soft rhetoric from the authorized persons of the Federal Reserve, which has caused traders to fear the strengthening of the US currency due to the intention to retreat from practice rate hikes.

On Friday, the index of business activity in the manufacturing sector in the United States, which showed a decline in the previous period, is scheduled for publication. Therefore, this release can again pull the dollar down and support gold.

In our forecast for Friday we forecast the growth of the gold quotes, possibly testing resistance levels at 1231, 1233 and 1235 dollars per troy ounce.

On yesterday's tors, oil quotes, as expected, showed a downward trend, the price of a barrel of WTI crude oil fell from 54.51 dollars per barrel at the beginning of the session to 53.91 dollars at the end of its end.

The quotes play out the statistics of the U.S. Department of Energy, which showed an increase in oil reserves by 4.85 million barrels in the past week with a forecast of 2.5 million barrels, which is a significant deviation.

Trading volumes on the raw materials market on Thursday were lowered due to the Thanksgiving celebrations in the United States, which gave prices an opportunity to stabilize.

Oil is also under more pressure than expected. It also became known that Japan and South Korea intend to resume imports of Iranian oil as early as December 2018.

The widespread increase in oil production also contributes. For example, in November, production of raw materials in Saudi Arabia, which could become the main exporter of oil to China in the near future, amounted to a record 11 million barrels per day.

In the context of lower oil prices, a kind of deal between Washington and Riyadh is also interesting. U.S. President Donald Trump thanked Saudi Arabia, which responded to u.S. calls to increase oil production, for the collapse of prices in the raw materials market. Thus, the kingdom's increase in the rate of production can be regarded as a stable trend, which will put pressure on the market in the long term.

In our forecast for today we forecast the continuation of the downtrend on oil, support levels may reach 53.60, 53.45 and 53.10 dollars per barrel.

On Thursday, the cryptocurrency market was characterized by downward dynamics. Starting trading at $4,619, Bitcoin dropped to $4,533 by the end of the day. By Thursday evening, Ethereum had fallen from $137 to $132. Only XRP as a whole traded within the side range and showed the least negative trend among all cryptocurrencies, on Thursday morning it was at 0.4478 dollars, and at the evening trading at 0.4407 dollars.

Because of the decline in the value of virtual currencies, there is a decrease in hashrates. Bitcoin and Ethereum have lost 12% and 25% respectively from their historical highs. Thus, it can be concluded that the activity of miners becomes less profitable, and they can start selling their existing cryptocurrencies to compensate for the high costs of mining. This will increase the level of supply in the market, and behind it the level of demand, because certain investors will be interested in buying virtual currencies at low values. All these processes together can intensify trading and lead to higher prices.

Despite the rapid decline of the cryptocurrency market, based on the index of relative strength, it is possible to predict its recovery in the not-too-distant perspective. The three-day chart of this indicator reaches the lows of January 2015 with a similar trend – gradual growth, followed by the exit from the oversold zone.

XRP movement will continue in the lateral range with moderate downward dynamics, support levels of 0.4250, 0.4220 and 0.4170 dollars are possible.