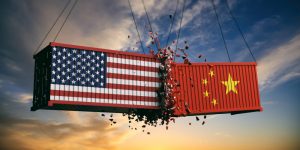 Next month, Beijing and Washington will make another attempt to move closer to a trade agreement. According to CNBC, the thirteenth round of talks starts on October 10. Chinese Foreign Minister Wang Yi said that the parties approach the new round of talks with a positive mood. Steps have already been taken towards each other. China has significantly increased the volume of soybean purchases in the United States. And Donald Trump has suspended the decision to impose duties on several hundred Chinese goods. The State Council of the People's Republic of China published the so-called White Paper on Friday. In particular, it states that no trade war can weaken the mature Chinese economy. It has plenty of opportunities for development. China is able to withstand all difficulties and use the crisis as a boost to economic growth. The United States will never be able to control and stop the development of China's economy.