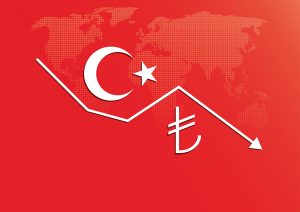 The Bank of Turkey reported a cut in the key rate to 16.5 percent, or 3.25 percentage points. The previous decision to cut the rate was made in July. At that time, the decrease in size was more significant – by 4.25 percentage points. Prior to this decision, the head of the Central Bank was changed in Turkey. The head of the regulator Murat Cetinkaya was relieved of his post. The reason: systematic disregard of instructions received from President Erdogan about the rate cut. With the arrival of the new head of the Bank of Turkey Murat Uysal (he was Chetinkay's deputy), the interest rate began to decline rapidly. The aggravation of relations between Turkey and the United States in 2018 led to the collapse of the national currency. In this situation, the Central Bank decided to increase the rate to the level of 24%. And it has yielded results. The Turkish lira has strengthened.