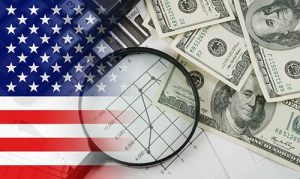 The United States Ministry of Trade released the final data on the dynamics of the country's gross domestic product in the second quarter. They coincided with the preliminary estimate, which was at 2%. In January-March, the U.S. economy grew by 3.1%. Consumer spending increased by 4.6% in the reporting quarter, which is 0.1 percentage point lower than the preliminary value of the indicator. The estimate of the increase in public spending was also revised downwards from 4.8% to 4.5%. The quarterly volume of exports increased by 5.7% in the country instead of 5.8% according to preliminary estimates. The U.S. foreign trade deficit for the second quarter was reduced by $1 billion,700 million to $980 billion,700 million. The U.S. Department of Commerce also reported a 1% year-on-year decline in U.S. investment. The estimate of their profit growth rate was reduced from 4.8% to 3.3%.