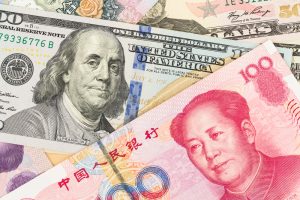 A number of U.S. companies with manufacturing facilities in China are cutting investment in China as they seek to leave the country amid an ongoing trade conflict with the United States. This is evidenced by the results of the survey of the American Chamber of Commerce in Shanghai, published by CNBC. In 2018, 26.5% of the survey participants reported that investments originally envisaged for China were redirected to other regions. Most of these decisions have been made in the field of technology and services. Respondents also indicated that they continued to face the problem of access to the domestic market in China. 56.4 per cent of the survey participants reported difficulties in obtaining a license to operate in China. At the same time, they noted improvements in intellectual property protection and the forced transfer of technology. Forty per cent of the companies surveyed said that the Chinese government treated its foreign firms equally, compared with 34 per cent of the companies previously surveyed. At the same time, the level of pessimism of American companies increased by 14 percentage points to 21% due to the reduction in their revenues due to the increase in duties.