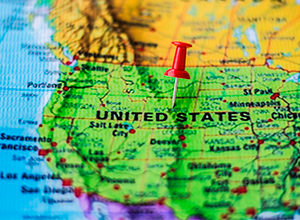 On Wednesday, the euro-dollar pair started the day at 1.1290, which was held for almost the entire trading session, showing a one-time increase to 1.1375 at its end.

The main reason for the decline of the dollar against the euro was the soft rhetoric of the speech of Jerome Powell, the head of the Federal Reserve, which caused the market's fears about further increase in the interest rate.

Yesterday, the dollar was negatively affected by the data on the dynamics of the US GDP, which grew by 3.5% in the third quarter in annual terms, which was lower than the estimate of analysts by 0.1%. However, the expectations of the experts surveyed on this indicator in the fourth quarter are not so rosy, the growth of the US GDP, in their opinion, will decrease to 2.5% per annum. This will be a factor of pressure on the US currency in the long term. Another factor of pressure on the US currency was a decrease of 8.9% in October the rate of sales of new homes in the United States.

Data from the Gfk Research Institute, which became known yesterday and showed a decline in the index of consumer confidence in the German economy in November to 10.4 from 10.6 in October, with the expected reduction of this indicator to 10.5, limited the possibilities for the growth of the European currency.

Today, the data on the change in the number of unemployed in Germany will be known. They can become support for the euro, as recently usually correspond to the expectations of analysts, stable even with negative values, and therefore do not carry risks for the market.

Starting the session at 1.2755, the quotes of the pound/dollar pair rose sharply to 1.2825 by the end of the day, thus duplicating the dynamics of the euro.

The rise in the British currency came amid a lack of negative news context on Brexit, and the market also played down the statements of the British Finance Minister Philip Hammond, who believes that the version of the Agreement on Brexit, promoted Prime Minister Theresa May is the best option possible. Another reason is the speech of Jerome Powell, the head of the Fed.

Opponents of the ratification of the Agreement on Brexit in the current edition put forward all new counter-arguments, one of which is the collapse of the transport sector due to the difficulty of working with ports and difficulties using the usual logistical schemes. Yesterday, the British Ministry of Finance and the Bank of England published their calculations on the likely financial consequences of the UK's exit from the European Union. Implementing a hard Brexit scenario threatens losses of 150 billion pounds higher than when an agreement is reached.

From the American statistics, which will be known today, the index of unfinished sales in the real estate market for October is of interest. Given wednesday's weak statistics, the indicator may act as a deterrent to the growth of the US currency.

Gold was trading at $1,219 per troy ounce at the beginning of yesterday's session, further showing growth to 1231 dollars by the end of the day.

Support for gold quotes was provided by yesterday's speech of the head of the Federal Reserve Jerome Powell at the Economic Club. Traders' doubts about the regulator's continuation of the policy of raising interest rates in order to strengthen the dollar are expected to develop into an interest in gold assets.

In yesterday's trading, gold was also subject to trends in the stock markets. Indices showed divergent dynamics. Thus, The U.S. stock markets first gradually increased against the background of statistics on the GDP of the United States, and then received strong support from the speech of the head of the Federal Reserve. The SP 500 showed an increase of 2.3% at the end of the day. Eurozone markets, on the other hand, remained at the same levels.

The minutes of the last meeting of the Federal Reserve will be published today. It is the focus of the market, as the protocol may contain any new signals confirming the December rate increase, as well as clarify the vector of monetary policy of the regulator as a whole. If positive indicators for the dollar are detected, there may be a pullback of gold quotes.

There are other factors that can put pressure on the precious metal in the long term. According to surveys of purchasing managers, 80% of them believe that the relative stability of the world economy, minimum unemployment levels and positive wage dynamics lead to further growth in business activity, which will reduce interest traders to gold assets.

In our forecast for Thursday we expect the continuation of a moderate uptrend for gold. Resistance levels can be tested at 1231, 1233 and $1,235 per troy ounce.

At yesterday's trading, WTI crude oil was characterized by moderate dynamics. Down from $52.35 per barrel, the price closed at $52.00.

The reason that the exchange rate dynamics remained in such a narrow range is the data of the American Petroleum Institute on commercial oil reserves in the United States, published on Tuesday, according to which gasoline reserves showed a significant decline of 2.6 million barrels that was won by the market yesterday.

The upcoming OPEC meeting is also supporting oil. There is good reason to believe that a decision will be taken to reduce oil production by 1-1.4 million barrels per day. The main reasons for this decision are a 30% drop in raw materials prices over the past two months, which is a faster downward trend than during the 2008 crisis and negative economic trends following the shale revolution in 2014, and tough sanctions against Iran.

In the gash forecast, we assume that on Thursday oil prices will be characterized by downward dynamics against the background of statistics of the Ministry of Energy. Support levels can reach $51.70, $51.50 and $51.20 per barrel.

On Wednesday, the cryptocurrency market mainly showed an uptrend. In the morning, Bitcoin was trading at $4,083, rising to $4,395 by the end of the trading session. Ethereum's trajectory echoed Bitcoin's chart, rising to $126 in morning trading. The value of the XRP unit rose to $0.3995 by the close of trading.

Thus, the mark of 3500 last weekend was the minimum, upon reaching which Bitcoin showed a reversal up, and the benchmark currency more or less vigorously followed the entire market.

Yesterday it was reported that Coinbase, the largest American cryptocurrency company, intends to launch a platform for over-the-counter trading for institutional investors. OTC trading will not lead to a significant revitalization of the official virtual currency market, however, the fact that Coinbase does not abandon plans to cooperate with institutional investors, speaks of their confidence in the cryptosphere and desire invest in it.

Yesterday's words of the head of the U.S. Securities and Exchange Commission Jay Clayton, who said that at the moment he does not see the possibility of approval of ETFs with cryptocurrency indices at the base, can become a negative signal for traders until it is resolved problem with manipulations, primarily price. Given that this product is the subject of interest of large traders, the delay in its licensing reduces the growth potential of the cryptocurrency market.

The British pound fell by 1.6% against the dollar The probability of a treaty between the UK and the EU is growing
Scroll to top