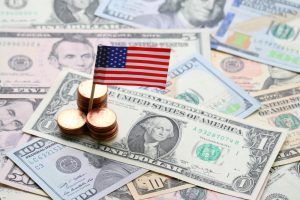 Over a three-month period, the number of jobs in the United States increased by an average of 145,000 units per month. For comparison, in the corresponding period of 2018, the average monthly growth of jobs amounted to 214,000 units. In September, private companies added 135,000 jobs, in August – 157,000 jobs. Analysts had expected september's rate to fall to 140,000 jobs. The ADP report notes that small companies have recently become wary of hiring new employees. If this trend continues, unemployment in the country can be expected to increase. Employment in the manufacturing sector of the U.S. economy grew by only 8,000 jobs in the reporting month. At the same time, the number of jobs in the service sector increased by 127,000 units. Employment in large, medium and small companies grew by 67, 39 and 30,000 jobs respectively in September. A fuller report on U.S. employment is expected to be published on Friday. It will also include data on the situation with jobs in state-owned companies.