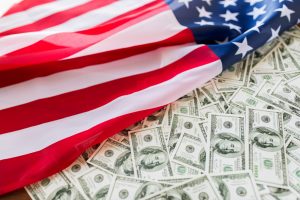 The U.S. plans to use restrictions in the trade sphere to increase pressure on Europe because of subsidies provided by the European Union to Airbus, Bloomberg writes, citing knowledgeable sources. The U.S. considers this assistance from the European Union illegal. The World Trade Organization stated that such assistance to the European Union by the European Union did not meet international trade standards. The U.S. has already drawn up a list of goods supplied from the European Union, which can be subject to duties. It includes expensive goods, including alcoholic beverages. Sources said the U.S. could abandon the once-approved list of goods and switch to rotation in order to create uncertainty that would cause further damage. In this case, the names of the goods subject to duties will be regularly changed. The European Union is ready for counter-actions, gathering because of subsidies provided by Boeing, also to impose duties on the products of this country. The EU has already published their preliminary list.