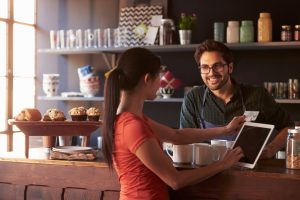 The U.S. Commerce Department released a report on retail sales in August, which showed an increase of 0.4% compared to July, when it recorded an increase of 0.8%. Experts' forecast was expected to increase by 0.2%. These data show that despite the slowdown in retail sales growth, the consumer sector in the U.S. economy remains strong. The retail sales figure, which does not include cars, gasoline and building materials, confirmed market forecasts, rising 0.3 percent after rising 0.9 percent a month earlier. The indicator, which does not take into account only cars, remained at the July level. Sales, which did not include cars and fuel, rose 0.1 percent. In August, 6 out of 13 major product categories showed growth. Sales rose 1.8 percent in the U.S. auto market. Sales of building materials rose by 1.4%. Sales of sporting goods grew by 0.9%. The volume of medicines and personal hygiene items sold rose by 0.7%. At the same time, sales decreased in furniture stores. The decline also showed food, drinks and clothing.