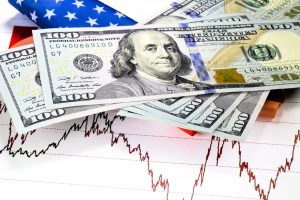 In August, the U.S. recorded a negative trade balance of $54.9 billion. According to the Ministry of Commerce, the figure increased by 1.6% compared to July. Economists estimate the deficit was expected at $54.5 billion. The U.S. exported $207.87 billion worth of goods and services abroad during the period, up 0.2 percent from a month earlier. The growth of the indicator was facilitated by the most significant increase in the supply of cars and spare parts since July 2014. Imports rose 0.5 percent to $262.76 billion. At the same time, the volume of imported consumer goods was the highest in history. From the beginning of the year to August, the U.S. trade deficit was $428.7 billion, down $28.7 billion a month earlier. At the same time, there was a reduction in the trade surplus with China by $700 million to $28.9 billion. U.S. exports to China increased to $10 billion, while imports fell to $38.9 billion.