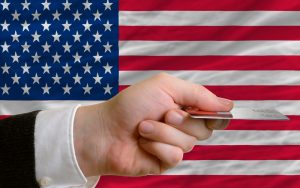 The Federal Reserve reported that the well-being of U.S. citizens has reached a new historical record. Net worth of U.S. households and nonprofit groups was $113.5 trillion in the second quarter, an increase of $1.8 trillion, or 1.6 percent. At the same time, it is reported that the growth rate of the indicator slowed down relative to the first quarter, which was caused, among other things, by the weakening of the growth of stock indices. Household financial assets, which also include shares and pension investments, rose $893.7 billion, or 1.9 percent, in the quarter. Total property values increased by 0.8%. At the same time, households increased their total net debt by 4.3% compared to the same period a year earlier. It reached $15.8 trillion. Mortgage lending totaled $10.44 trillion, an increase of 3.2 percent over 12 months. Other consumer loans, including education, rose 4.6 percent to $4.1 billion.