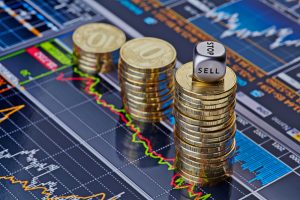 The U.S. Consumer Confidence Index unexpectedly fell this month, reaching 125.1. Analyst Wells Fargo considers the trade war between the U.S. and China a negative factor for consumer confidence. The market is in danger of falling in the third and fourth quarters, as buyers intend to save money until better times. The decline in buyer activity will affect all sectors of the U.S. economy.
As for the trade war, there is a freeze of new import prices for China. The head of the United States claims that they are ready to make contact, but at the same time they are going to accept only favorable conditions for them. At the moment, the situation is stagnant, the lack of a decision on China negatively affects the U.S. financial sector. However, analysts say there is a high probability of signing a contract between the two trading giants.
Geopolitics continues to influence the economy of the world: due to the decline in business activity of the EU, and in particular, the German side, the euro continues to go down. Mario Draghi, the president of the European Central Bank, talks about slowing down the formation of the EU economy. Francois Villerois, the head of the French Central Bank, agrees with his colleague that there are great doubts about strengthening the world economy. The German business optimism index is recovering this month after a low nine years ago. Apparently, Germany has every chance for a decline in production and the economy as a whole in the near future. The single currency is in doubt for growth, quotes reach 1.1075.
As for our forecast, we offer such figures for a pair of euro/dollar: 1.1040, 1.1060, 1.1075.

As for the value of the pound against the dollar, Tuesday showed the figures of 1.2500. This level is due to the weakening of the American economy and the decline of the dollar.
The pound strengthened due to the fact that the British court decided that prime minister Boris Johnson had no right to increase the leave of Parliament. Speaker John Bercow returned the MPs, saying that from Wednesday the hard work begins. To resolve all the contentious issues about Brexit, MPs have two weeks of time.
For Prime Minister Johnson, the court's decision is a blow to his reputation. He said his parliament's main task was to implement Brexit by the end of next month. Johnson hopes the EU will facilitate the negotiations.
The representative of the European Union Michel Barnier, in turn, gives the opposite assessment: he claims that Brexit will not get a positive verdict. There is not much time left until October 31, but the EU cannot resolve the disputed issue of the border with Ireland. The pound is highly exposed to the outcome of Brexit, but by all measures, Britain and the EU will face a difficult outcome of the agreement.
Forecast from us on the exchange rate of the pound against the dollar: quotes will rise to the level of 1.2500, and subsequently – a fall to the indicators of 1.2470, 1.2450.

Gold rises in price, yesterday's figures rose to 1531 dollars per troy ounce.
The rise of gold is primarily due to the difficult situation under the trade agreements of China and the United States, as well as the crisis in the Middle East and interference by America. Speaking at the UN General Assembly, Donald Trump spoke about the need for sanctions and other restrictions on the Iranian regime, and expressed the need for negotiations with China on the situation on the world market. Trump's words provoked a negative wave, which, in turn, affected the fall in stock market quotes and the strengthening of gold.
Trade disagreements with the Celestial Empire also had a negative impact on the consumer confidence index. Such indicators were at a minimum level 3 months ago. Disagreements have also had an impact on agriculture, industry and the decline of the American economy as a whole.
Gold prices range from $1,500 to $1,560. Comparing with January prices, gold rose by 16.5%. The quotations gradually rise to the level of 1600 dollars.
Our forecast for the price of gold is: the rise of quotations to the level of 1533, 1535, 1540 dollars per ounce.

The price of WTI oil is falling: yesterday the quotes fell to the level of 56.80 dollars per barrel.
The U.S. Petroleum Institute presents indicators on oil funds: there is an increase of 1.38 million barrels, which is a positive result. As for the oil price, there is a drop of 3%. The reason for this is the uncertainty of the world public in the economic opportunities of the giant countries of Germany and Japan.
Despite arabians' assurances of rapid rehabilitation after attacks on oil refineries, demand for raw materials is decreasing. The attacks deprived the country of exports by 5.7 million barrels, which were unloaded every day. The Saudi Government then assured the world community of the imminent resumption of supplies. To this day, there is no certainty of reassurance. There is data from Reuters that the Saudis buy raw materials from partners for continuous export to customers. The neighbouring Kuwait and the Emirates are supply partners in Arabia. Foreign customers of Arabians – malaysia, South Korea, Bahrain.
The U.S. State Department announces plans to make public the guilt of the Iranian side in the conflicts in the Middle East. The U.S. is preparing to communicate with the Iranian government, continuing the influence of sanctions. These manoeuvres are called in to negotiate a nuclear deal. Oil prices are falling due to the lull in the Middle East region.
Oil price forecast from us: the WTI level drops to 56.50, 56.20, 56.00 dollars per barrel.

Yesterday, the cryptocurrency market fell: Alcoin lost 30% in price, Bitcoin – up to 15%, reaching the figures of 8750 dollars. As for Ethereum, it fell to 173 cents, while XRP slipped to 22.70 cents. The total value collapsed: cryptocurrency capital amounted to 228 billion dollars.
The main currency Bitcoin fell to 8,150 dollars, and in a short time returned the share of the loss. Bitcoin hashing rate has dropped to an unthinkable figure of 40%. This is the lowest mark, as the last three months the indicators have only grown. The level of quotations began to resume, but has not yet returned to normal. If it is possible to increase the pace of hashing, it will protect the market and increase the rivalry of bidders.
EOS has been updated, and this has led to the organization of a hard fork in the cryptocurrency market. Consensus networks and a number of items for networking have been updated. Despite the update, the EOS token still fell in price to 25%, reaching $2.84.
Our forecast indicates that Bitcoin will strengthen further to $8,800, $8,900, and $9,000. Ethereum will rise to $175, $177, $180. XRP is expected to rise at 11 p.m., 11:30 p.m., 23.70 cents.

The data of imports and exports, as well as the overall trade balance, will be discussed by New zealand. The Reserve Bank, as a result of the meeting, will announce the verdict on the interest rate, which will be accompanied by a statement. Japan will hold a meeting of the Monetary Policy Committee, and the Commissioner of the Bank of Japan Masai will deliver a speech.
The Swiss Institute of the European Institute will publish an index of economic expectations, the National Bank will provide a report on the results of the quarter. A retail report is to be expected from the British Confederation of Industrialists.
The U.S. will publish fresh data on real estate prices. The rating of changes in commercial oil reserves in the United States will come from the Energy Information Administration.